We’ve collaborated with St Paul’s Cathedral and Turner Prize winner Mark Wallinger to highlight the plight of people imprisoned, suffering torture or facing execution because of their political, religious or other conscientiously-held beliefs.

Mark Wallinger’s ‘Ecce Homo’ statue will be installed on the steps of St Paul’s Cathedral and open to the public from 11 April until 22 May 2017.

Famously the first sculpture to appear on the fourth plinth in Trafalgar Square in 1999, ‘Ecce Homo’ presents Christ, hands bound behind his back and wearing a crown of barbed wire, as he awaits judgement and just moments before he was executed for peacefully expressing his opinions and challenging the authorities of the time.

The story of Jesus Christ – an oppressed individual targeted for their beliefs – still resonates around the world today and is representative of the type of cases that we work on today.

Send a text. Save a life.

Join Pocket Protest – our SMS action network of more than 150,000 passionate people who use their mobile phone to defend free speech and stand up for human rights.

We campaign for individuals, families, communities and organisations around the world who have had their human rights violated.

Here are just some of the people we’re currently campaigning for. 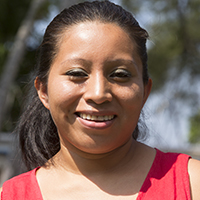 Jailed after suffering a still birth in El Salvador

In 2008, Teodora del Carmen Vásquez, mother of an 11-year-old boy, was sentenced to 30 years in prison for “aggravated homicide” after suffering a still-birth at work. She has spent more than eight years in jail.

In El Salvador, women who miscarry or suffer a still-birth during pregnancy are routinely suspected of having had an abortion. Abortion is a crime in El Salvador, even in cases of rape, incest, or where a woman’s life is at risk. 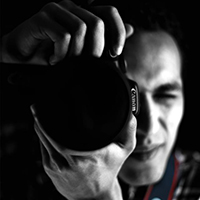 At risk of execution for taking photos

Photojournalist Mahmoud Abu Zeid, also known as Shawkan, was covering a sit-in on 14 August 2013 in Cairo when security forces, police and tanks swept in. As bullets and tear gas went flying, he photographed the mayhem around him.

When the police found out Shawkan was a journalist, they arrested him, tied his hands together with plastic cables that cut through his skin, and beat him. He faces nine trumped-up charges, including ‘murder’. If convicted, he could face the death penalty. 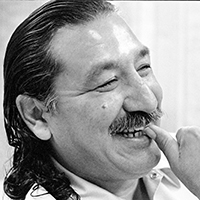 40 years in US jail after an unfair trial

Leonard is a 71-year-old Native American activist spending his 42nd year in prison after an unfair trial.

He has exhausted his appeals, his health is failing, and he is not up for parole until 2024. 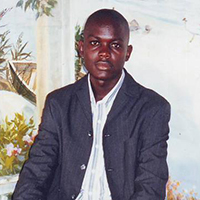 Charged over a satirical text in Cameroon

Ivo is serving a ten-year prison sentence for sharing an SMS with his friends.

One day, Ivo received a text from a friend, saying: ‘Boko Haram recruits young people from 14 years old and above. Conditions for recruitment: 4 subjects at GCE, including religion’. His friend’s message was a comment on how difficult it is to find a good job without being highly qualified – joking that even Boko Haram (an armed group) won’t take you unless you did well in your exams.

He and his friends have been imprisoned under 'terrorism' charges in Cameroon. 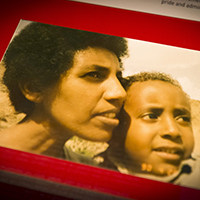 Arrested for criticising the Eritrean President

Aster Fissehatsion has been held incommunicado without charge or trial since September 2001.

She was arrested during a round-up of political dissidents, which included her former husband, then Vice-President of Eritrea. She hasn’t been seen again. 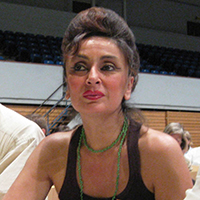 She now faces a life sentence herself following the attempted coup in 2016. She was accused of offences linked to her work with Kurdish newspaper Özgür Gündem, including ‘membership of a terrorist organisation’.

If convicted, she could receive a life sentence. 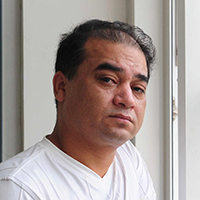 Ilham Tohti is university professor, blogger, and member of the Muslim Uighur minority in China.

He was an economics professor at Central University for Nationalities in the capital, Beijing, and has worked for two decades to build understanding between Uighurs and Han Chinese.

Ilham’s peaceful criticism of the Chinese government's treatment of the Uighur community has resulted in a lifetime prison sentence. 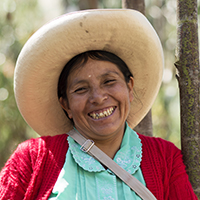 At risk of forced eviction in Peru

Máxima and her family are being evicted from their farmland by one of the world's biggest gold and copper mines. They have been repeatedly attacked by mining staff and the police for standing up to the corporation.

Despite these traumas, Máxima refuses to give up, and her bravery earned her the 2016 Goldman Prize, the world’s most respected environmental award. 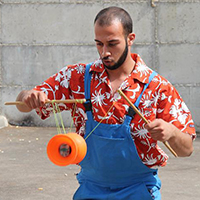 Detained without charge in Israel

Circus performer Mohammad Faisal Abu Sakha has been held without charge for over a year by the Israeli military.

Military prosecutors argued that Mohammad was a security threat but they provided no information to back up their allegations, making it impossible for Mohammad’s lawyers to challenge his detention. 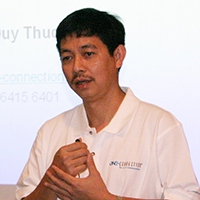 Jailed for blogging in Vietnam

Tran Huynh Duy Thuc, a successful entrepreneur, was sentenced to 16 years in prison for blogging about political and economic issues in Vietnam.

He declared during his trial that he was tortured while in detention to force him into making a confession.