Why palm oil in products is bad news 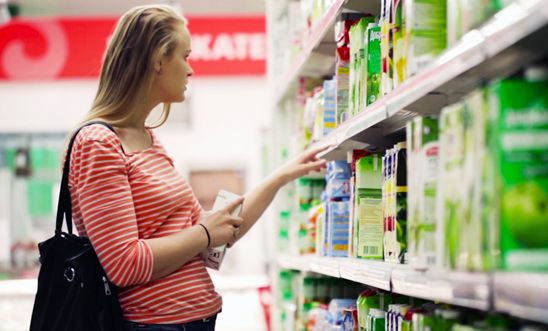 “If I don’t finish my target, they ask me to keep working, but I don’t get paid for the extra time. It is difficult work because the target is horrifying… My feet hurt, my hands hurt and my back hurts after doing the work.”
A female worker at a palm oil plantation in Indonesia

Next time you’re brushing your teeth or applying moisturiser, or even enjoying your favourite chocolate bar, take a moment to consider the label on the back. If 'palm oil' appears in the lines of ingredients, it could mean that a child as young as eight was forced to push their body to extremes for hours on end in hazardous conditions, earning very little money, to put the product on the shelves.

The rapid expansion of palm oil has led to extensive deforestation, destruction of the rainforests and considerable harm to wildlife species. It has also led to appalling labour rights abuses against workers.

Our investigations in Indonesia found that palm oil plantations are pushing their workers to the brink.

These plantations supply Wilmar, the largest processor and merchandiser of palm oil. And Wilmar's palm oil, in turn, is found in many household items on supermarket shelves in the UK.

“Something is wrong when nine companies turning over a combined revenue of $325 billion in 2015 are unable to do something about the atrocious treatment of palm oil workers earning a pittance.”
Meghna Abraham, Amnesty Business and Human Rights Senior Investigator

Kit-Kat chocolate bars, Pantene shampoo, Dove cosmetics and Colgate toothpaste: around half of the products in our supermarkets contain palm oil and palm-based ingredients.

Palm oil is much sought after because it is cheap and versatile. Oils from palm fruit are processed into edible oils used for cooking and processed food such as chocolate, biscuits or cereal. It can also be made into ingredients such as glycerine used in laundry detergent and cosmetics like toothpaste, soap, shower cream and shampoo.

We spoke to 120 workers, including children, who work on palm plantations in Kalimantan and Sumatra in Indonesia and heard about the human rights abuses behind the ingredients many household brands.

Read the investigation in full “I don’t go to school… I only pick up the loose fruit. The hardest thing is to gather the loose fruit because they are heavy. My hands hurt and my body aches”
C, a 10-year-old boy

C’s father said that he would not be able to meet his targets without his children helping him. His ten-year-old son dropped out of school after the second grade and helps his father who works at a Wilmar supplier. He has helped his father since he was eight years old.

“I left school to help my father because he couldn’t do the work anymore. He was sick...I regret leaving school. I would have liked to have gone to school to become smarter. I would like to become a teacher.”
14-year-old worker

Workers employed by several companies told us that they see children working on the plantations, helping their parents. Because of a fear that they could lose their jobs if they spoke about this issue, parents were nervous about being interviewed about child labour.

Children described to us how they work without any safety equipment, in an environment full of hazards including falling branches, exposure to chemicals, and heavy lifting.

“I have to work through the pain otherwise the foreman will count me as only working for half a day"
U, a casual daily labourer

Workers are forced to work in order to meet ridiculously high targets, some of which involve highly physically-demanding tasks such as operating heavy manual equipment. Foremen sometimes threaten workers, telling them they won’t be paid or their pay will be deducted, if they do not do the work, which is sometimes more physical labour than the worker can bear.

Workers are required to operate heavy machinery without safety equipment. They also risk respiratory damage as caused by high levels of pollution from summer forest fires. Some are severely injured as a result of contact with toxic chemicals that are banned in the EU and by Wilmar itself.

Indonesia has strong labour laws under which most of these abuses can amount to criminal offences. However, the laws are poorly enforced. We found a discriminatory pattern where plantations hire women only as casual daily labourers, denying them permanent employment and social security benefits such as health insurance and pensions.

Workers in plant maintenance units, who are almost all women, continue to be casual even when they work for the company for years, and this means they are denied social security benefits such as compensation and sick pay. Their employment status is fundamentally insecure and they have no safeguards around termination of employment.

The Manpower Act in Indonesia provides that female workers who feel pain during their menstruation period and notify their employer about this are not obliged to come to work on the first and second day of menstruation.

Women workers employed by SPMN, a Wilmar supplier, told researchers that in order to get menstrual leave, which they are entitled to if they feel pain during their periods, they are subjected to degrading tests.

“We get our menstrual leave, two days, but have to go the clinic and the nurse gives us a cotton to show we are bleeding, otherwise the doctor won’t believe us. Of course I am upset, it is not hygienic. I have to wipe my blood and … I have to put the cotton in a bag and then go show it the doctor, who is a man. There are female midwives and they believe us but we have to show the doctor.”
‘B’, a female worker at a Wilmer plant

"I would just like to walk stable like I used to"
Yohanna, a worker injured by chemicals

Palm oil workers are exposed to air pollution from forest fires, as well as toxic chemicals used in weed killer, pesticides and fertiliser. Workers carry a backpack with a spraying tank holding the chemicals, including Paraquat, a highly toxic chemical banned in the European Union and which Wilmar claims to have phased out in 2012. They often have inadequate safety equipment or faulty tools that cause chemicals to spill on their backs and hands.

Yohanna, one of the few workers with severe injuries who was willing to speak publicly about her experience, told us how her eye was permanently damaged when the chemical Gramaxone, a weedicide containing Paraquat, splashed onto her face, leaving her unable to work. In the aftermath of the accident, her superior told her to finish transporting the chemical before seeking medical attention.

About a year and a half after the accident, Yohanna was given a special lens to protect her eye, which sometimes became too swollen to open, from heat. She has to pay for the lens herself. She suffers from terrible headaches and dizziness due to nerve damage.

Another worker told us she had nausea, vomiting and dizziness for 10 days after accidentally spilling around two litres of Gramaxone, from a tank with a broken cap, down her back. She was unable to wash away the chemicals because there were no areas for workers to shower in and, as it was dry season, she did not have water at home.

Many workers said spraying the chemicals caused them to vomit, and one worker, F, told us that he sometimes had such severe stomach pain that he found it hard to eat.

“There is nothing sustainable about palm oil that is produced using child labour and forced labour.”
Meghna Abraham, Amnesty Business and Human Rights Senior Investigator

All but one of these companies are members of the Roundtable on Sustainable Palm Oil, and claim they use ‘sustainable palm oil’ on their websites or product labels. None of the companies we contacted denied that the abuses were taking place, nor did any provide specific examples of action taken to deal with labour rights abuses in Wilmar’s operations.