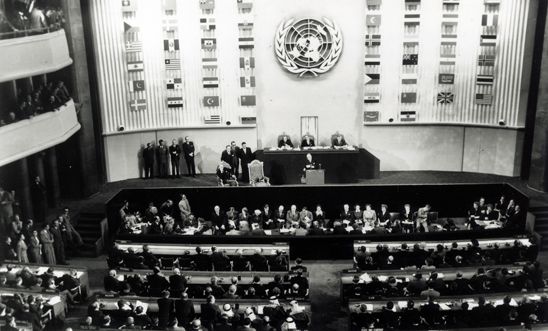 Human rights are the fundamental rights and freedom that belong to every single one of us.

In 1948, following the traumatic events of World War Two, representatives from the 48 countries of the United Nations came together under Eleanor Roosevelt to devise a list of the rights that everybody across the world should enjoy.

This became the Universal Declaration of Human Rights - thirty rights and freedoms that belong to all of us.

Article one? We are all born free. We all have our own thoughts and ideas and we should all be treated the same way.

Although it is now over 60 years old this document remains fundamental to our work. It provides the bedrock of all our campaigning, and enables us to hold authorities to account when rights are abused.

It is the most concerted effort to date to bring together all fundamental human rights, and is used as the basis for all international human rights law.

The European Convention on Human Rights

In 1950 the rights and freedoms listed in the UDHR were used to form the basis of the European Convention on Human Rights – an international treaty aimed at protecting human rights in Europe. It was drafted by the Council of Europe and all member states are party to it.

Importantly, the Convention established the European Court on Human Rights (PDF) in Strasbourg, for the first time providing individuals who felt their rights had been denied or violated a legal framework through which to have their case heard.

Until 1998, this was the only route for UK citizens. And it was lengthy and expensive. But the development of the Human Rights Act allows people to enforce the rights guaranteed by the Convention in UK courts – increasing access to justice in this country.

Read more about the European Convention on Human Rights.

The Human Rights Act 1998 is the main piece of law that protects human rights in the UK. It places public authorities – including the government, state schools, hospitals and social services – under an obligation to treat everyone in the UK with fairness, equality, dignity, respect and autonomy.

Human rights have been getting bad press in the UK recently. Convicted rapists given the right to a television in their cell; people granted asylum because they have a cat; Home Secretary Theresa May not being able to send suspected terrorists out of the country

But what these stories don’t tell you is how every single day you’re exercising your human rights without even noticing. And you can do that because the state is legally bound to respect them.

The fact that we all have human rights does not mean that they are not sometimes denied. And the Act has been used to protect older people who are being abused in care homes, to ensure that disabled children are provided with transport to get to school, and to protect women from domestic violence.

We believe that the Human Rights Act should be defended as a minimum standard. Recent attacks on the Act by politicians pose a real threat to human rights in this country and we are lobbying behind the scenes to ensure that this important framework is not eroded.