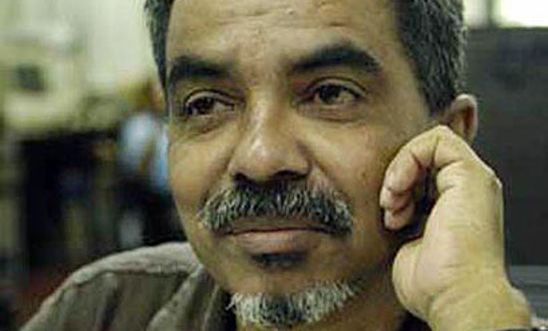 On 24 January 2010, Prageeth Eknaligoda vanished whilst travelling to his home in Homagama, near the capital Colombo, shortly after leaving work at the Lanka-e-News office. He has not been seen since.

An outspoken government critic, Prageeth found fame due to his thoughtful cartoons which commented on war atrocities, government corruption, and the value of education for all. For peacefully expressing these views, Prageeth experienced harassment, threats of violence, and believed himself to be on a government hit list. He was even seized by a gang of men, blindfolded and kidnapped before being released after one day. His captors told him: “You are talking too much – just be careful and keep your mouth shut.”

In the days leading up to the Sri Lankan general elections Prageeth told a close friend he thought he was being followed: he'd heard regular clicking noises on his phone and local residents had spotted a white van without number plates close to his house. He was to attend a religious ceremony on his way home from work, but shortly beforehand, Prageeth called a colleague to say he could no longer attend. During that conversation his phone was cut off. It was the last contact anyone was to have with him.

In Sri Lanka, anti-terror legislation and emergency regulations were frequently abused under the regime of President Rajapaksa. In the name of national security, journalists were killed, physically assaulted, abducted, and harassed by both government personnel and members of armed groups. Despite this, Prageeth's wife, Sandhya Eknaligoda, has worked tirelessly in the face of official silence about her husband's whereabouts and repeated refusals to act. In 2014, after four years of campaigning, she told Amnesty;

“Every time I come home and see all the cards and letters of support, it reminds me that people are working on this. To be reminded of international solidarity every day gives me strength to keep going.”

In January 2015, newly elected President Sirisena launched investigations into attacks and disappearances, including Prageeth’s. Recently, these investigations have led to the questioning and arrest of four soldiers in connection with his disappearance. After all these years, we may finally have some answers. But we can't stop now.

We need to ensure that these investigations are fair and impartial. The perpetrators of Prageeth's disappearance must be brought to justice without recourse to the death penalty. Finally the question 'where's Prageeth?' must be answered - and if he is still alive, he must be released to his family.

Wirksworth and District Amnesty are to carry out a photo action at 15 St George's Street Wirksworth Saturday 12th – Sunday 13th September, 11am -5 pm. We'll be taking photos as part of a Flickr campaign featuring people all around the world. Please feel free to drop by and pose for a picture. You will be most welcome.

Please see the link below for further details:-