In the spotlight: Dr Mohammed Al-Roken (UAE), prisoner of conscience 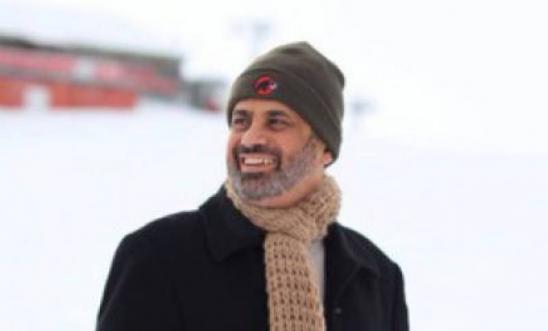 We want to use this post to introduce you to Dr Mohammed al-Roken and encourage you to join us and campaign for his release.

Who is Dr Mohammed al-Roken?

Dr Mohammed al-Roken is a professor of constitutional law and human rights lawyer serving a 10-year prison sentence in the UAE following his conviction on 2 July 2013 in a mass trial of 94 activists, which became widely known as the “UAE 94” trial. Mohammed al-Roken has been a member of Amnesty International and linked closely to the organization for around 20 years. For over a decade before his imprisonment, he was the organization’s main contact for work on the UAE. He holds a PhD in Constitutional Law from the University of Warwick, is the former president of the UAE’s Jurists Association from the emirate of Dubai and is a member of the International Bar Association. He has written several books on human rights, counter-terrorism laws and freedom of expression. He has been harassed for a number of years because of his human rights work.

Mohammed al-Roken has been imprisoned solely for peacefully exercising his right to freedom of expression and association, including his right to peacefully form and join in association with others, and for his work as a defence lawyer representing his clients and his advocacy efforts on behalf of human rights. He was arrested on 17 July 2012; hours after his son and son-in-law had been arrested.

Amnesty International believes that Dr al-Roken’s trial was grossly unfair and marred by a catalogue of human rights violations.

Amnesty International is asking for:

How can you help free Mohammed al-Roken?

If you want to help, there are several ways to do this:

We hope to constantly remind the UAE authorities that Mohammed al-Roken is not forgotten and that we will not be quiet until he is finally released. Please help us with this task.