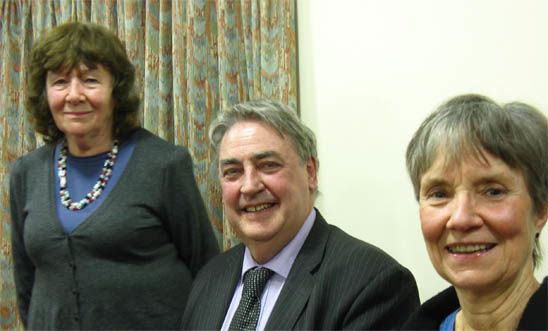 We were happy to suspend our normal business at our January meeting to welcome Phil Bennion, Liberal Democrate MEP for the West Midlands and give the meeting over to the vital and topical subject of human rights and the European Union.

Phil explained his particular involvement in the EU’s South Asia, and Palestinian, Delegations; and how these forums are used to ‘engage’ foreign governments in positive discussions about difficult human rights issues, for example in Sri Lanka.  His view was that progress takes place incrementally.  He described how a system of priorities is used as a basis for the distribution of aid and negotiation.

Questions were raised by the audience about a series of key Amnesty campaigns.  These included:
- the plight of Syrian refugees – humanitarian aid and asylum seekers;
- discrimination in Europe against the Roma (for example the segregation of children at school);
- Russia’s clampdown on basic human rights;
- the Middle East conflict eg the detention of prisoners without charge or trial;
- the massacre of 40,000 civilians in Sri Lanka and the need for an independent review into these    alleged war crimes.

Phil outlined how the EU was responding to these situations/crises, and also offered his own personal analyses of: the strategies of western countries towards the Free Syrian Army from 2009; the two-state solution in Israel and Palestine; the historical reasons for the Kashmiri situation; the plight of Christians in the Middle East; Russia’s autocratic response to human rights; hope for an independent investigation in Sri Lanka; the efforts of the EU to outlaw discrimination against the Roma; the EU Directive on Company Reporting and Transparency;  and more.

Members were very encouraged to hear that Amnesty International’s research reports on human rights abuses are the key resource material used by MEPs.

The evening was described as “inspirational”, “a revelation”, and “informative”; and members commented on “Phil’s knowledge and passion”.  Photos were taken and “The Stratford Herald” (16.1.14) is planning to report on the event.