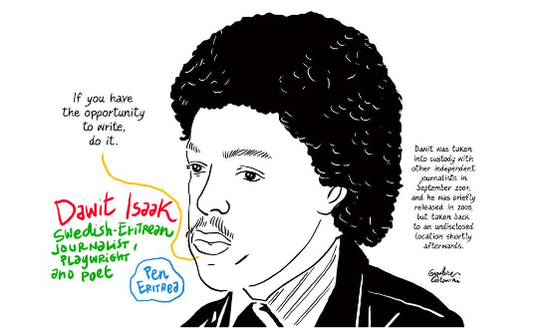 On September 18th 2001 the Government of Eritrea announced that all non-Government newspapers had been closed down. Eleven journalists were arrested and, since then, have not been seen by family or friends. In the following years, even journalists working for the Eritrean Government have been ‘disappeared’. Eritrean journalists in exile set up PEN Eritrea to fight for the freedom to write and to campaign for the freedom of Eritrean journalists and writers. As part of that campaign, PEN, working with the artist Gianluca Costantini, produced portraits of fifteen of the journalists. Amnesty International UK is arranging for the display of these portraits throughout the UK.

They will be displayed at Southampton Central Library from the 17th to the 29th of February 2020.