Syria - Turn the Lights Back On 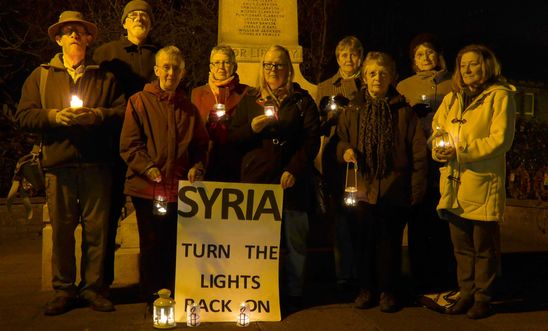 © A Vigil for Syria

On March 21 members of the Silsden and Wharfedale groups held a four minute silence to mark the four years of the civil war in Syria.  The silence was followed by the sending of letters to our Prospective Parliamentary candidates, asking what their party would do to help the thousands of Syrians who have had to leave their homes, and who are seeking refuge elsewhere.