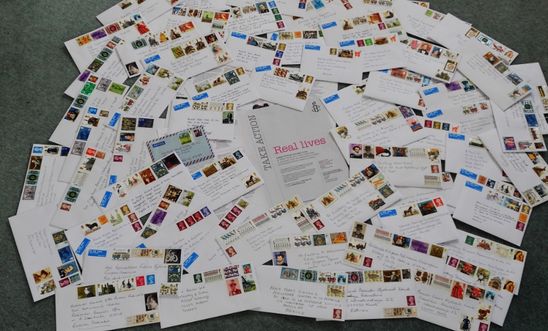 Following our vigil for the Stop Torture global day of action, we re-convened in the Reading Room in Minehead for a letter writing session. We focused on three cases from the Stop Torture campaign and sent letters to Mexico, where the authorities turn a blind eye to the use of torture by the police and military, to the EU regarding corruption and the widespread use of torture in the justice system in Uzbekistan, and to President Obama concerning the ongoing imprisonment of Shaker Aamar, a British citizen, for 13 years in Guantanamo Bay despite not being charged with any crime.

We also wrote letters in response to a number of cases in the Real Lives Supplement issued quarterly by AIUK. In total 66 letters were sent, which was a really great response for an afternoon's work