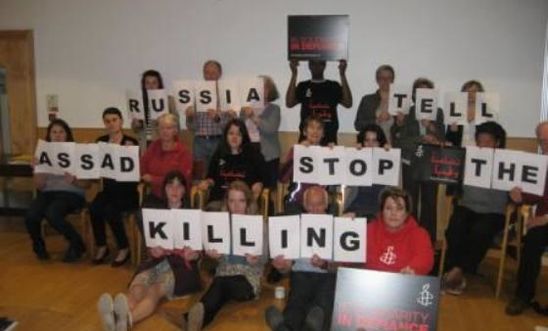 This is what we did at the July Manchester Amnesty meeting in support of the Syrian people urging Russia to put pressure on Syria to stop the bloodshed.

Thanks to everyone who signed the letter to Russian Foreign Minister, Sergei Lavrov, and who took part in the photo action and agreed to having the photo used and reproduced.

If you have not already signed the Amnesty action letter to the Russian Foreign Minister in support of the Syrian people then can I urge you to go on the Amnesty International UK website and do it as soon as you can.