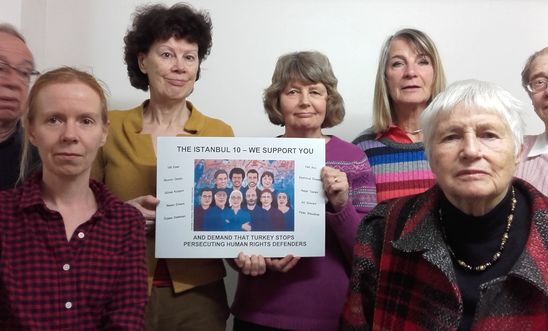 More than 30 people dropped in to sign greetings cards to the victims of human rights identified by Amnesty International in this annual campaign and letters to relevant authorities on their behalf.  Some 78 cards and 113 letters were signed during the afternoon, as well as 15 action cards for two of the cases (Jamaican Shakelia Jackson, who is demanding justice for her brother, unlawfully killed by the police, and human rights defenders the Istanbul 10).  In addition two photo actions - for the Istanbul 10 and the housing activist Ni Yulan in China - were undertaken and posted on social media.