173 Gifts for the Homeless 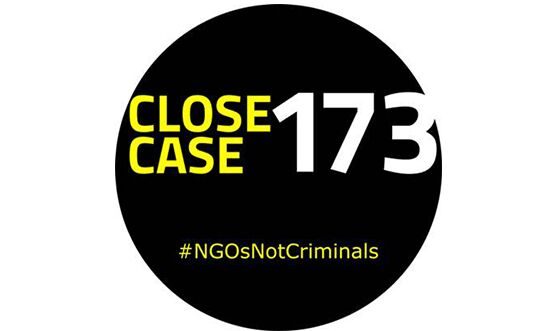 A member of the Haywards Heath AI group, Dr Julia Eilers, delivered 173 items of Christmas food to the St Patrick's Homeless shelter in Hove just before Christmas. The total of 173 gifts was significant in that it referred to the AI campaign to close Case 173 against human rights defenders in Egypt.

In June 2013, 43 foreign and Egyptian NGO workers were sentenced to prison terms of between one and five years and a series of international NGOs were shut down, including Freedom House and the International Center for Journalists, in relation to Case 173.

In the past year, investigative judges have ramped up pressure on Egyptian human rights groups, using arbitrary travel bans, arrests, and asset freezes to muzzle freedom of expression, association, and assembly in orchestrated efforts to dismantle the country’s human rights movement and crush the slightest signs of dissent. Leading human rights defenders are at risk of life imprisonment if convicted of the politically-motivated charges against them.

We join Egyptian civil society and international human rights organizations in calling on the Egyptian authorities to Close Case 173 and halt all intimidation and harassment tactics against human rights defenders. Help amplify this call by following and sharing #CloseCase173 online. We also call on President Abdel Fattah Al Sisi not to sign the new NGO law, which would be a "death warrant" for rights groups