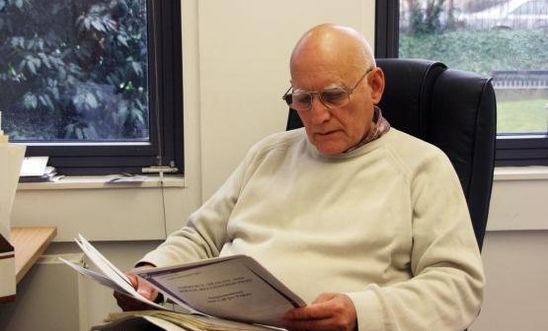 On 26th October in Ely Cathedral at 6 p.m. we will hold The Ben Jupp Memorial Lecture "Behind Closed Doors - The search for justice for victims of torture and the disappeared”.

Our speaker this year is Perico Rodríguez.

In 1976, Perico was a town clerk in Cinco Saltos, Patagonia. Within a few days of the military coup, led by General Jorge Videla, Perico, a committed socialist, was arrested at home in front of his children. He spent the next three years in prison, experiencing repeated torture. His wife managed to contact some English Amnesty members which resulted in Amnesty launching an urgent-action appeal on Perico’s behalf. On his release, Perico moved to London, where his wife and children joined him. Perico now works as a casework counsellor at Freedom from Torture, which grew out of Amnesty’s Medical Group almost thirty years ago under the directorship of Helen Bamber. The charity provides direct clinical services to survivors of torture who arrive in the UK, as well as striving to protect and promote their rights.

In December 2012, Perico returned to Argentina - one of a handful of survivors to bear witness to the crimes of the military junta when he testified at the trial of eight perpetrators, including one of his tormentors. All eight were found guilty of genocide and illegal association thanks to the witness testimonies provided by Perico, other survivors and their relatives.

In the lecture, Perico will talk about his search for justice as well as his work at Freedom from Torture. Admission to the lecture is free, and all are welcome.