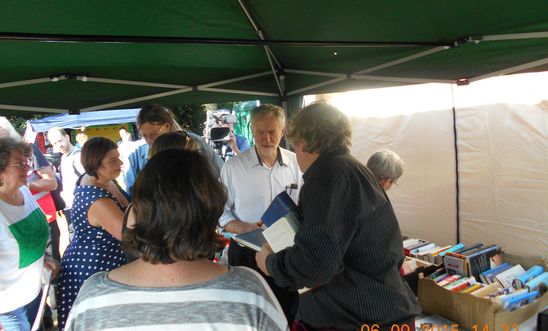 Jeremy at our stand

We had a petition to Michael Gove signed by 95 people, including Jeremy Corbyn, asking Michael to keep the Human Rights Act.

We also had a letter to Sajid Javid which many people signed asking him to tighten the laws on selling tools of torture.

It was a successful rally - we gained new members and listened to Jeremy's inspiration speech.