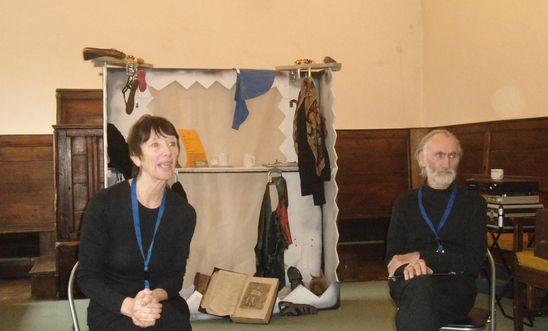 ''Raising awareness of state sanctioned torture'' with Amnesty Chester/Wrexham and The Journeyman Theatre.

On Saturday 18th February, 2017 the Journeyman Theatre Company delivered a powerful and informative performance of their 'Feeding the Darkness' play to a captive audience at the Chester Quaker Meeting House.

Following the performance the Journeyman theatre and the Chester/Wrexham Amnesty Group hosted an audience discussion.  The discussion was as informative as the play, and many thanks are sent out to the inquisitive audience members who moved the discussion topic forward.  Many thanks are also sent to Dave, Lynne, Mike and Michael whose expertise of the topic raised awareness of, and shone a light on the many current issues that are occurring.  The discussion concluded with audience members requesting ideas on how they can support the end torture campaign.

All in all, the evening was a powerful and moving event!