Female Genital Mutilation (FGM) and early and forced marriage are illegal in Burkina Faso, Sierra Leone and Senegal. Yet these harmful practices have deep cultural roots, so society has been slow to abandon its traditional ways and accept much-needed human rights change.

In 2016, we launched an appeal to end FGM and early and forced marriage in Burkina Faso and Sierra Leone. We were delighted to raise £810,000! This was over target, enabling us to expand our plans into Senegal. And every pound was doubled by the UK Government’s Aid Match Scheme, taking our total to £1,620,000.

We are now investing those funds into a three-year Human Rights Education programme, aiming to transform attitudes and protect over 22,000 girls from these dangerous practices. 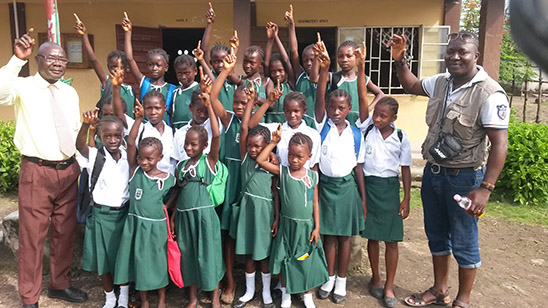 Although the laws should protect girls against FGM and early and forced marriage, the reality is very different and both practices remain commonplace. In Burkina Faso, for example, 76% of women aged 15 to 49 have been subjected to FGM and almost half of the country’s girls will by married before the age of 18.

In many communities, particularly in rural areas, people are unaware of current legislation. Some are unfamiliar with the idea that girls have rights at all.

'Women don’t know about their rights or even that they have rights. They think men are always right and whatever they say women should follow.'
Madame Bibata Ouedraogo, President of the Association Feminine pour le Development du Burkina (AFDEB)

We have identified 71 target communities to work with across the three countries. Our research revealed that both practices were generally much more common within these communities than the national averages – making us even more determined to create long-term change where it is needed most.

What are we doing?

Our Human Rights Education projects are now in full swing! We’re supporting grassroots organisations in Burkina Faso, Sierra Leone and Senegal to teach girl and their communities about the laws, the dangers of FGM and early and forced marriage, and the importance of women’s rights.

Here’s just some of what we are up to:

In Burkina Faso, 92% of the women and girls who have taken part in Amnesty-supported training activities have demonstrated confidence to stand up for their rights. This includes girls like Zalissan, 14, who refused to marry the 80-year-old man her father had chosen for her. 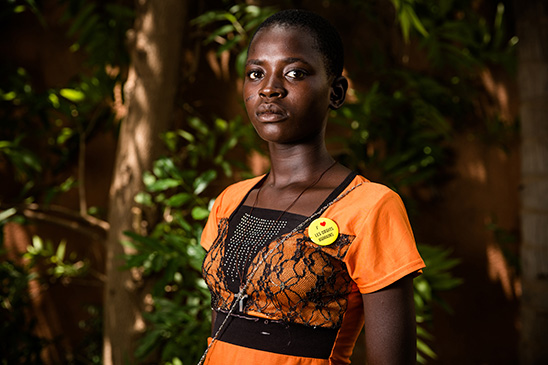 'I knew my rights because of the training I had in my school and community.'
Zalissan (read Zalissan’s story)

Thanks to the generosity of our supporters, we’re laying the foundations for a future where girls like Zalissan are free from the threat of early and forced marriage and FGM for good.

Find out more about this work.