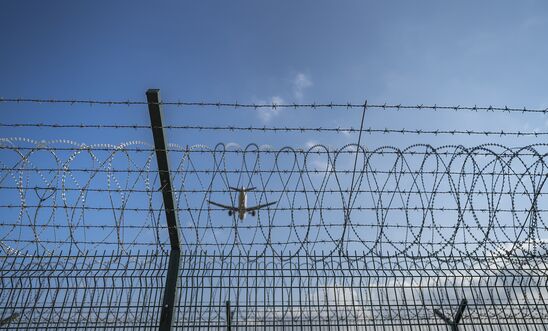 Deportation powers are importantly different to the general Home Office power to require somebody, who is not permitted to be in the UK, to leave the UK.

Deportation means not only removing someone from the UK but banning them from returning. If an order for a person’s deportation is made, she, he or they are not permitted to return at any time unless and until the order is lifted. An order may be made against someone who is permitted to be in the UK though the making of the order will take that permission away.

Who can the Home Office deport and who is affected?

However, some people are exempt from deportation:

One human rights concern is that the Home Office uses its deportation powers to exile people born in this country who have never lived anywhere else and have rights to this country’s citizenship.

What is meant by “conducive to the public good” ?

This broadly means that it would be in the public interest to exclude the person from the UK. This may be because the person is considered a danger to the public or that it is necessary to mark public revulsion at what someone has done or deter others from doing something similar.

Generally, therefore, the Home Office considers using its deportation powers where someone has been convicted of a criminal offence. However, UK law does not strictly require a conviction for the use of these powers.

How do these powers concern human rights?

This is a complicated question. There are various ways in which these powers may concern human rights. Whether they do so will depend on the particular facts of any person’s case.

Here are some of the ways these powers affect human rights:

It is unlawful to deport someone to a place where she, he or they are at risk of torture

Everyone has the right not to be subjected to torture, inhuman or degrading treatment.

Deporting someone means sending her, him or them to a place where they at risk of such treatment. If this would be the result of someone’s deportation, it is not lawful to deport that person.

If someone is considered dangerous, the authorities may consider other ways of protecting the public. Exposing a person to torture is not a legitimate way to try to protect the public against a dangerous person.

Torture, inhuman and degrading treatment are extremely serious and always wrong. Among the reasons it is never lawful to deport someone to a place where she, he or they are at risk of torture is that it is not possible to effectively mark revulsion at the inhumanity of a someone’s conduct by exposing that person to inhuman treatment. The message that would be sent is inconsistent and invites more inhumanity by condoning it.

Everyone has the right to respect for their private and family life.

So it may be unlawful to deport someone if this means removing her, him or them from the place that is their home, seriously disrupting their life or separating family (particularly partners and carers; or children from their parents).

However, the right to respect for private and family life does not mean that it can never be interfered with. Rather, it means that any interference must be for a legitimate purpose, must be proportionate to achieving that purpose and must be in accordance with law.

This requires carefully considering all the relevant facts and circumstances to assess what would be the impact of someone’s deportation on all the people immediately affected.

Incompatibility with human rights of UK law and policy on deportation

However, there have been important new laws concerning deportation. Of particular significance are provisions in the UK Borders Act 2007 and Immigration Act 2014.

These Acts reduce Home Office capacity to fully consider any particular person’s case. They do so by stipulating certain lengths of prison sentence that require a person’s deportation or make her, his or their deportation in the public interest.

This raises real concerns about compatibility with human rights: