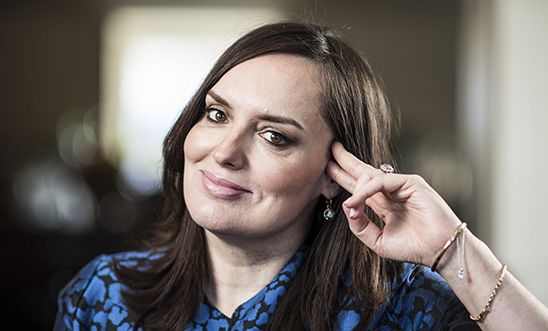 ‘Amnesty ignites us to stand together with those striving to enjoy the human rights we are all born with. It reminds us that every human life is equally valuable and that the human experience is lived millions of different ways.’
— Deborah Frances-White

Her comedy podcast The Guilty Feminist has had over 50 million downloads in 20 months and has been recorded live in the U.K., Australia, Denmark and the US. She also hosts the diversity based comedy panel show podcast, Global Pillage.

Deborah is a screenwriter whose had had commissions from the BBC and Channel 4. Her first feature film, Say My Name, was filmed in 2017. Deborah’s book, ‘The Guilty Feminist’ was published by Virago in September 2018 and is a Sunday Times Bestseller. She co-wrote The Improv Handbook which is a theatre best seller and has just gone into second edition and Off the Mic which was nominated for a 2017 Chortle Award. Deborah regularly speaks in business about diversity and inclusion.