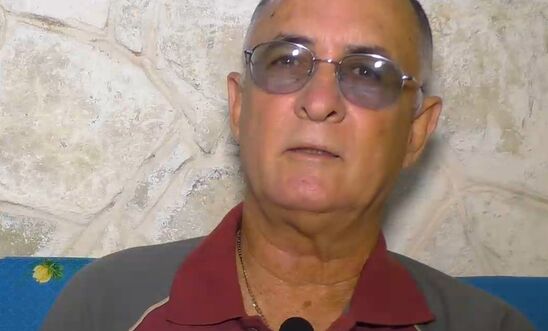 Roberto de Jesús Quiñones Haces, Cuban lawyer, independent journalist and prisoner of conscience, was released from prison on 4 September 2020, after serving his one-year sentence. Although it is good news that Roberto is finally home, his conviction and imprisonment for merely expressing his opinions, should have never happened. We will continue to monitor the situation after his release.

Roberto de Jesús Quiñones Haces, a lawyer an independent journalist at the news website Cubanet, was convicted and sentenced to one year in prison in August 2019 by the Municipal Court of Guantánamo for resistance and disobedience. He remained in prison until his release, on 4 September 2020. After his release, he deeply thanked Amnesty International for all the support and hard work on his behalf and reconfirmed his commitment to defend independent journalism and freedom of expression in Cuba.

During his detention since September 2019, Roberto Quiñones Haces regularly reported the prison conditions in which he was held. On 31 March, he wrote in Cubanet that even though prison authorities implemented certain measures regarding COVID-19, “the quality of the food is still deplorable. Despite reports of the vulnerability of older adults (prisoners over 60) to COVID-19, many of them are kept in cubicles where they live in overcrowded conditions with almost two dozen people.”

In countries such as Cuba, activists, including political activists, independent journalists and human rights defenders are regularly imprisoned solely for their consciously held beliefs. These individuals should not be in prison in the first place and should be immediately released. Amnesty International has found that the disproportionate and arbitrary use of the criminal law, campaigns of state-sponsored discrimination against those who dare to speak out, coupled with discriminatory dismissals from state-employment, and the lack of an independent judiciary to challenge this, create a profound climate of fear in the country.

On 20 August, the Inter-American Commission on Human Rights’ Office of the Special Rapporteur condemned the prison sentence against journalist Roberto Quiñones and expressed concern about the persistence of criminalization and harassment against communicators and human rights defenders in Cuba.