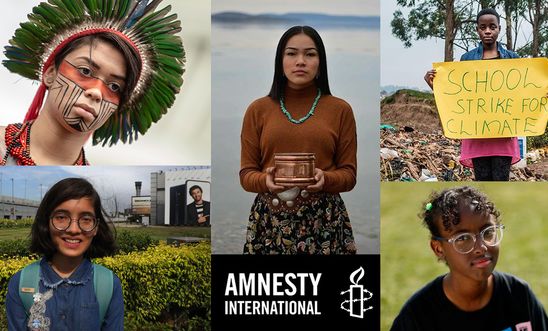 Youth climate activism is a truly global movement. Here are 5 passionate young women of colour taking the lead all across the world. 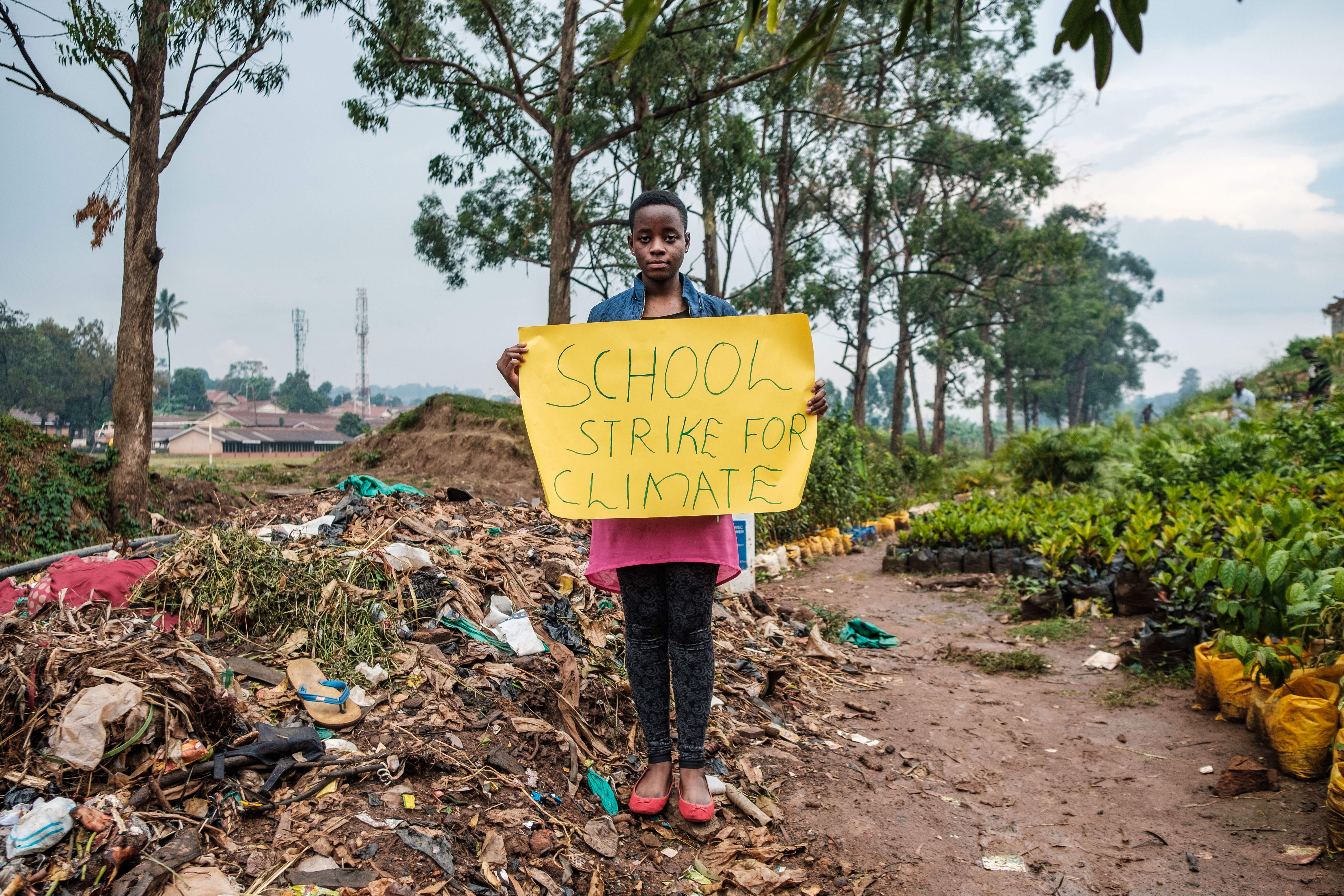 When Leah Namugerwa turned 15, she celebrated by planting 200 trees – highlighting the environmental damage in her country.

Her call to action came from her increasing awareness of the widespread hunger in northern Uganda. Prolonged droughts have made the problem worse, as well as deadly landslides in eastern parts of the country.

“There are many environmental issues happening in my country, but I barely see them in media or reported by anyone,” she said.

Leah is one of several Friday for Future activists to be awarded by us for their human rights work. FridaysForFuture – Uganda is the leading section of the African movement. She strikes every Friday and gives speeches in regional capitals.

She has led a campaign urging Kampala to ban plastic bags, while sounding the alarm on the deforestation, droughts and flooding caused by climate change.

"If adults are not willing to take leadership, I and fellow children will lead them. Why should I watch on as environment injustices happen before my eyes?”, she said as she received a standing ovation in the Rwandan capital, Kigali. 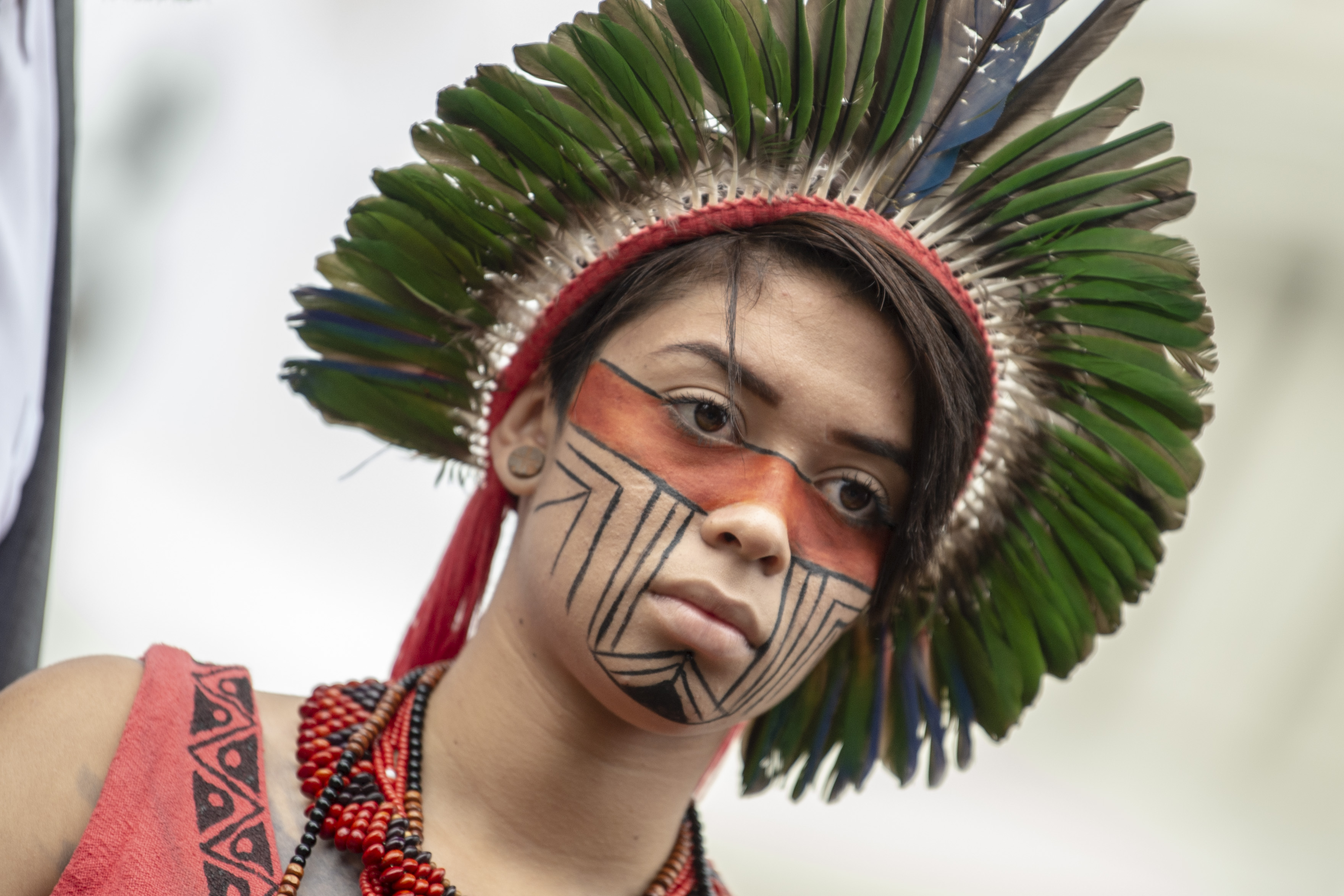 Fridays for Future is far from the only group campaigning for climate change.

Artemisa Xakriabá is a 19-year-old indigenous climate activist of the Xakriabá of Brazil.

Artemisa represented more than 25 million indigenous people and traditional communities from the Global Alliance of Territorial Communities at the 2019 Global Climate Strike in New York. This alliance protects 600 million hectares of the Amazon Rainforest.

"The Amazon is on fire. The Amazon agonises year after year for the responsibility of the government and its destructive policies that intensify deforestation and drought, not only in the Amazon, but in the other five Brazilian biomes. Climate change is a result of this, and it also helps to make the fires stronger.

"And beyond the Amazon, there are the forests of Indonesia, Africa, North America, whose suffering has such an impact in my life and in your life.

Artemisa told the Guardian she is thankful for all of the young people joining the worldwide climate movement.

"I can see a future where we can make a difference, but for that we must be listened to and respected." 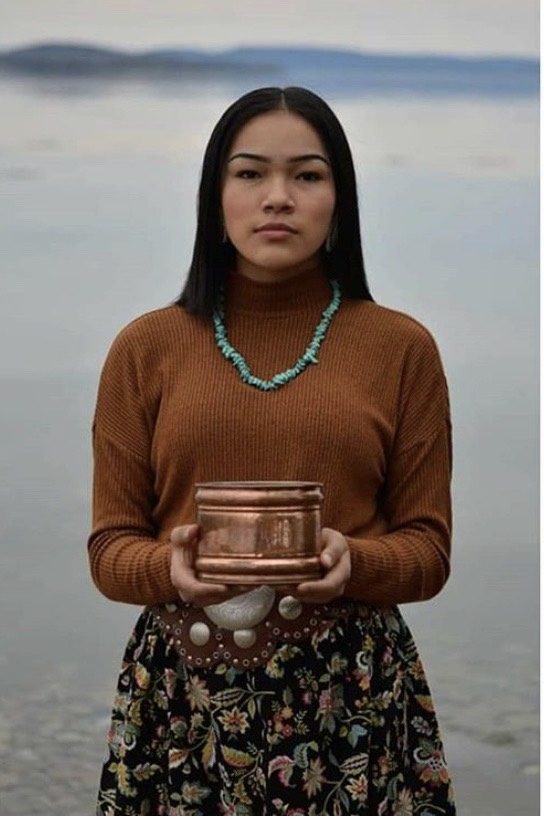 Sometimes referred to as a 'water warrior' –  Autumn is a 14-year-old Canadian indigenous activist, known for her clean water advocacy. Autumn is an Anishinaabe member of the Wikwemikong First Nation.

When she was 13 she addressed world leaders at the UN on the issue of water protection.

Many indigenous territories in Canada have boil water advisories – public health advice that tells people when their water supply might be contaminated. Water might be safe for washing in. However, drinking this  water without boiling it first can cause nausea, cramps, diarrhoea, and headaches, as well as increases in waterborne illnesses like cholera, typhoid fever and dysentery.

The first time Autumn noticed a water warning was when she was eight years old.

In her speech to the UN in 2018 she said: “Where I come from, I’m fortunate that I can still drink the water from the lake, but sometimes I question it. Not far from where I live, there are communities that have lived through boil-water advisories. I ask myself: Why is it this way? Why in my province? Why in my country?”

Autumn has been nominated for the International Children’s Peace Prize by the David Suzuki Foundation. 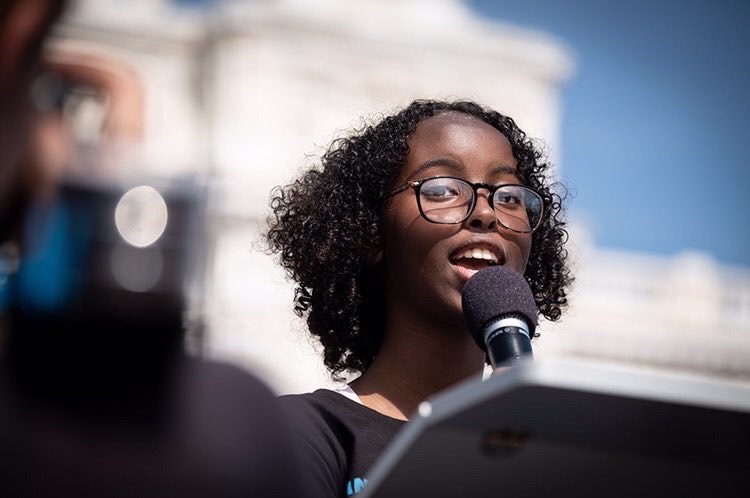 Isra is the 16-year-old co-founder and executive director of US Youth Climate Strike. Her mum is US Congresswoman, Ilhan Omar – the first non-white woman elected from Minnesota, and one of the first two Muslim women to be elected to Congress.

Isra focuses on intersectionality. Black and brown people are disproportionately affected by the impacts of climate change. She wants to build a movement in which young People of Colour can see themselves.

Growing up in a city, Isra doesn't have a deep connection to nature – but that doesn't mean climate change doesn't impact her.

“We don’t talk a lot about how the crisis impacts black, brown, indigenous, and low-income communities,” she says.

It’s a problem in Minnesota like it is everywhere. You’ll see increased asthma rates in north Minneapolis, where incomes are lower and air pollution is worse; while pipelines rip through the state’s indigenous land. 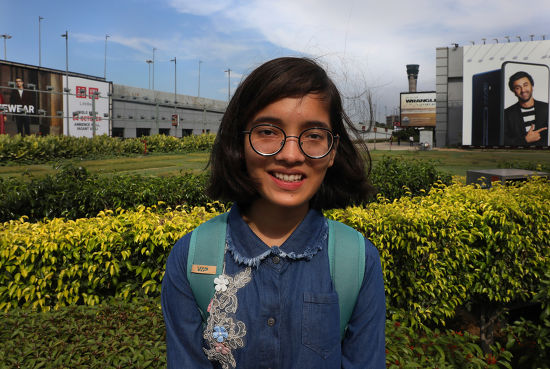 Ridhima comes from Haridwar in India. At just 11-years-old, she is already pushing the Indian government to take tangible action against climate change.

She is one of 16 child petitioners that filed a complaint against Germany, France, Brazil, Argentina and Turkey, saying they have failed to tackle the climate crisis and that this is a violation of child rights.

Ridhima has noticed that her hometown is getting hotter and drier each year. Climate change will continue to strain India's water sources and impact the health of the population.