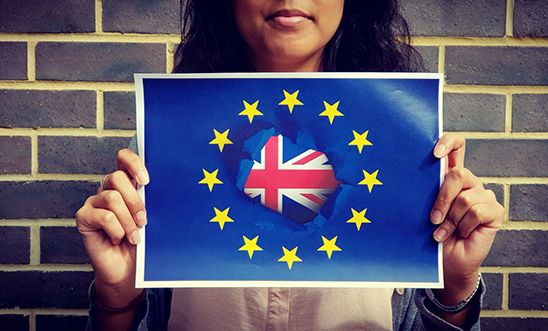 As the generation who might be most impacted by Brexit, there’s one distinct feeling weighing down young people: concern.

We spoke to young voters aged 18-25, and found that 79% of those who expressed an opinion would be concerned if they were left with fewer rights after the UK leaves the European Union.

Three-quarters were also worried about the ‘special powers’ being handed to government Ministers during the Brexit process.

The poll, carried out by YouGov, uncovered a general confusion among young people about how Brexit would impact human rights, with many unclear on what it would mean for them.

About a third who completed the poll didn’t know how Brexit would impact rights, and 38% thought they would be left with fewer rights. Only 3% thought they’d get more.

The reality is that our rights will be reduced as a result of the EU Withdrawal Bill, and others placed at risk.

The EU Withdrawal Bill is the legislation that’s meant to keep consistency in our laws after exit day. Also known as the ‘Brexit Bill’, it is currently being debated in Parliament.

What’s worrying is that the Bill is set to significantly reduce human rights protections in the UK – so these new poll results are not at all surprising.

It’s no wonder young people in the UK are concerned – it’s clear that they care about their rights and don’t want to see them taken away because of decisions the government makes during the Brexit process.

But leaving the EU doesn’t have to mean leaving rights behind. The UK government must amend the EU (Withdrawal) Bill to ensure we keep our hard-won rights and protections, and that Ministers are not given free rein to edit protections behind closed doors.

Amnesty International takes no position on Brexit. We are interested only in ensuring people’s rights and protections – something the government also says it wants in leaving the EU.

We have raised our own concerns with the government to ensure Brexit does not mean a roll back of rights, and we’ll continue to do so.