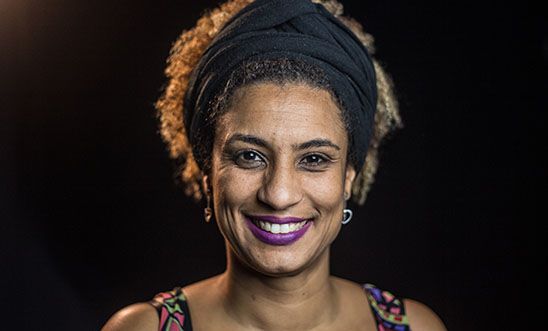 “This week marks one year since Marielle Franco was brutally killed, in an attack which devastated the many communities whose rights she fought to defend.

“Marielle’s killing was a blatant attempt to silence a brave human rights defender, who had devoted her life to advocating for women, LGBTI people and black youth in Rio favelas.

“These arrests are the first sign of progress in an investigation that has barely moved in the year since the killings. We are calling for the Brazilian authorities to ensure that investigations are independent and impartial, and to bring all those responsible, including those who ordered the crime, to justice in fair trials.

“There is no better way to honour Marielle Franco’s amazing legacy than by committing to protect human rights defenders and ensuring they can safely continue their vital work.”