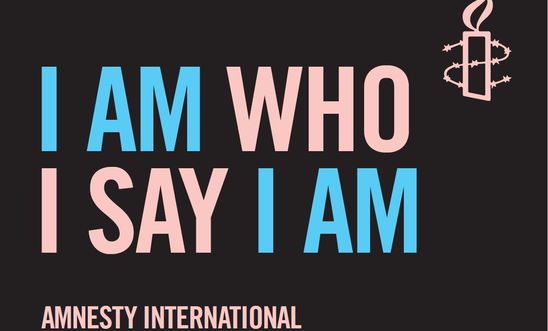 What is Transgender Day of Remembrance?

Transgender Day of Remembrance (TDOR) is an international day held on the 20th November to remember and stand in solidarity with our trans siblings whose lives have been lost due to anti-transgender hatred and violence. Transgender Day of Remembrance was originally started in 1999 by trans activist Gwendolyn Ann Smith, to honour Rita Hester who was killed the year before. This tradition has continued on to this day but, sadly, the list of trans deaths is still extensive and rates of mental illness and suicide among the trans population are high.

It is my belief that on TDOR we have a duty not only to remember those we have lost, but also stand together with those who are fighting to have their basic rights respected and upheld. A recent study has shown that approximately half of teenage trans men and boys have attempted suicide at least once, with 42% of non-binary teenagers and 30% of teenage trans women and girls also having at least one prior suicide attempt. Trans lives lost to suicide are not included in the list of names below, but I feel it is important to remember the very real impact anti-trans hatred and bigotry can have on the lives of our trans siblings, particularly in today’s media climate of outright hostility and bias. The social implications of anti-trans hatred are startling. Research by Stonewall (2017) has shown 1/8th of trans employees have been physically attacked by a colleague or customer in the last year, and 51% of trans people have hidden their identity at work for fear of discrimination. Further to this, a quarter of trans people have experienced homelessness, making them among the most vulnerable groups in Britain, and 28% of trans people in a relationship in the last year have faced abuse from an intimate partner.

I could talk about statistics for days, but I want us to do more than talk. There is a coordinated attack on trans individuals across the world, and it is beyond time that we work just as hard to counter it. Transgender people have existed throughout all of history, across all cultures and ages, and we will always exist. We so rarely hear of the Egyptian Pharaoh Hatshepsut who was assigned female at birth but intermittently dressed and ruled as a King, or the Roman Emperor Elagabalus who was said to have offered huge riches to any doctor who could perform sex reassignment surgery. So often are pre-colonial conceptions of genders erased that we assume the current Western view of gender has always been the norm, but this is, in my opinion, tantamount to social violence against trans individuals as well as pure historical revisionism. The impact of anti-trans sentiments hits those marginalised in multiple ways even harder, particularly trans women of Colour, those living on or below the poverty line, and disabled trans people who struggle to access basic human rights such as healthcare and education. It is our collective and personal responsibility to use the platforms we have to amplify the voices of those so frequently denied one. Please stand with your trans siblings today – attend a vigil, even if it’s just at home in your bedroom. Remember those we have lost, stand in solidarity and strength with those we are still lucky enough to have, and take action to uphold the rights of trans individuals across the world.

Who do we remember?

There is a heartbreakingly long list of names at https://tdor.info/. If you feel able, please read some of the names - but be aware the link contains descriptions of killings. Please hold them and countless others in your thoughts and actions, today and all days.