It's time to speak up on Trans Day of Visibility 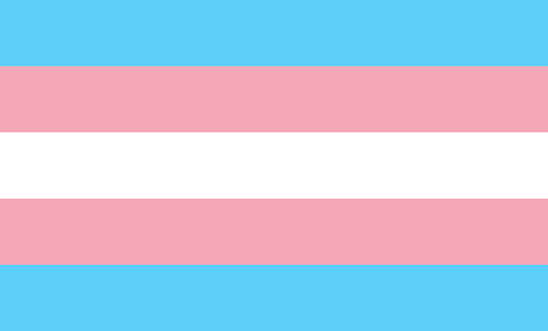 International Transgender Day of Visibility (TDOV) is held annually on the 31st of March. Initially created as a positive addition to the solemn Transgender Day of Remembrance, an occasion where we remember the lives of trans people lost to murder and suicide, TDOV is an opportunity for trans individuals to celebrate their own lives and to increase the visibility of the trans community. It would follow then that trans people are in control of their portrayal in the media and are directing the dialogue around trans issues. However, this is rarely the case.

Are the rights of transgender people respected?

Unfortunately, most of the public discussion about the rights of trans people is being led by individuals who are not members of the trans community. This illogical approach to resolving trans issues and achieving equality has resulted in publicised debates where people discuss their unfounded fears and feed into the negative rhetoric around trans people. In fact, most debates about trans issues can be reframed as “Do trans people deserve respect?” and the conversation would be the same. The general discourse around trans issues seems to be unconsciously designed to silence trans people and inject fear into the uninformed public.

Whilst some nescient journalists and panellists argue over public toilets, changing rooms and school uniforms, the reality is that trans people are subjected to an inordinate amount of hatred and prejudice on a daily basis. For example, a report published last year by Stonewall and YouGov found that 41% of trans people in the UK have experienced a hate crime in the last 12 months. In the USA, the current administration has been rolling back the rights of trans people.  Earlier this year, in January, 12 trans women were instructed to take off all clothes except their trousers and had their hair forcibly cut by police officers in Aceh, Indonesia. Furthermore, trans people are being murdered at an alarming rate, particularly trans women of colour. Just the other week Naomi Hersi, a black trans woman, was murdered in Hounslow and the media did an abysmal job at sensitively reporting her death.

Naomi’s murder brings to light one of the problems with excluding trans people from the discussion about trans issues. The general public develops a single image of a trans person and disregards the intersectionality and diversity of the trans community. This results in trans people of colour and disabled trans people being almost completely ignored, despite the fact that they are more likely to experience discrimination. Additionally, the conversation around trans rights currently seems to be primarily focused on trans women, and trans men and non-binary people are lucky to be given a footnote in the discussion. This is clearly not fair as trans men and non-binary people also deserve to have their voices heard as they also face regular discrimination.

Why is visibility important?

Just because you see trans people on the cover of Time magazine, Vanity Fair and featured in Vogue do not think the fight for equality is over or that there is enough visibility of trans people. I am not saying the visibility of trans people will resolve all the injustices the community faces, but it has an important role in showing the rest of the world that trans people exist, are as diverse as everyone else and deserve to be treated with respect. As a trans woman myself, I understand the importance of visibility; I am certain I wouldn’t have come out as soon as I did had it not been for the advocacy of journalist and trans rights activist Paris Lees. That’s the importance of positive visibility, giving hope to trans people – particularly trans young people, 45% of whom have attempted to take their own lives.

So that’s why this year I’ll be using the hashtag #TransDayInTheLife on TDOV to show people what my average day is like. If you’re trans yourself you can join in by using the hashtag and occasionally posting updates throughout the day about what you’re doing, maybe with an accompanying photo. It’s an opportunity to reclaim the dialogue around trans issues and show the world that we are like anybody else. It’s time to speak up.

Why not join Amnesty UK's LGBTI Network? Help us fight for the rights of LGBTI people.