Campaigning for equal rights in all commonwealth countries 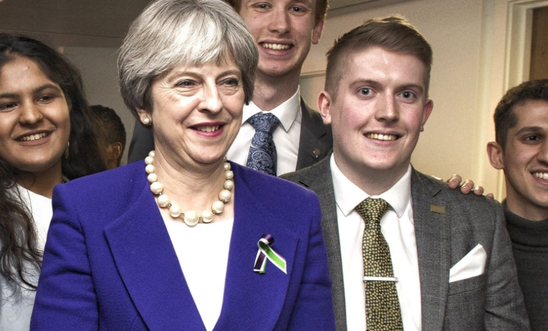 This is blog was written by Cllr Joe Porter Representative for the West Midlands on UK Youth Voice and Stonewall Young Campaigner and was originally posted here.

Next week is the Commonwealth Heads of Government Meeting in London. So I’m taking a moment to remember how far we’ve come with human rights in the UK, particularly LGBT rights.

It is now over 50 years since the Sexual Offences Act and homosexuality was partially decriminalised in England and Wales. More recently, same-sex marriage was introduced to every of the part of the UK, except Northern Ireland. Along with this, the Government has been reviewing the Gender Recognition Act. But there is still a long way to go.

The case in the Commonwealth

Across many parts of the Commonwealth many of these hard-fought human rights have not been won. We owe it to those who fought with courage and determination to make the UK a better place for LGBT people to spread these love, tolerance and respect across the world.

On the world stage it is the job of Britain to be a global leader and stand up for LGBT rights. We must challenge at the highest level those governments which allow or inflict discrimination or abuse.

Last November I spoke at the House of Lords Chamber Event about this very issue and the need to prioritise it as part of forming new trade deals post-Brexit. The anti-LGBT laws which remain in some Commonwealth countries are a legacy of our country’s Colonial past. As a result, the UK government has a special responsibility to help change hearts and minds.

I have therefore been pleased to raise this issue in person with Prime Minister Theresa May, International Trade Secretary Liam Fox and Foreign Office Minister Lord Ahmad. After all, it is totally unacceptable that homosexual activity remains illegal in 37 of the 53 Commonwealth nations. In some of those countries you can even be given the death penalty for being gay.

It should always be every individual person’s universal right to freely love who they want. It is absolutely vital that these issues are discussed at the Commonwealth Heads of Government Meeting and as part of post-Brexit trade talks.

We must never give up

I’m looking forward to joining the UK delegation to the Commonwealth Youth Forum, as part of the CHOGM, to raise these issues with youth delegates from other Commonwealth countries to see what collective action can be taken. I am lucky to grow up in a liberal, tolerant and accepting country where my family and friends have accepted me for who I am. But I want this to become the case for every single Commonwealth citizen.

We’ve come a long way but there is much still to do. So we must never give up the fight to enhance LGBT human rights across the world. LGBT history is all our history and it’s our job to shape it.

Why not join the LGBTI Network? Help us fight for the rights of LGBTI people.