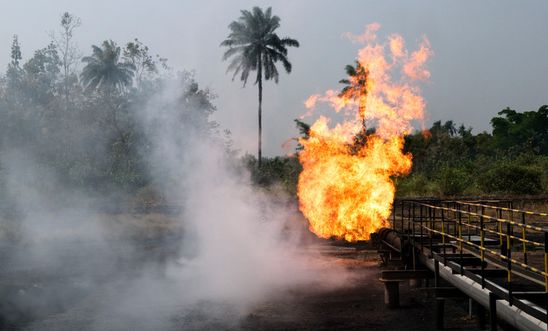 It has taken hundreds of heat-related deaths across the northern hemisphere for climate change to make global headlines. In Japan, at least 80 people have died and thousands have been hospitalized as a result of the heatwave, while scorching temperatures in Canada. Wildfires caused by drought and extreme heat have also been deadly, killing 91 people in Greece alone. Horrifying images from a coastal town near Athens showed burned-out cars lining the roads, abandoned by drivers who had fled into the sea.

These were not the first deaths linked to climate change, and they won’t be the last. In Bangladesh hundreds of people die each year in floods which will become increasingly frequent and severe as sea levels rise and Himalayan glaciers melt. People die on a regular basis from famine, malnutrition and water-borne diseases as climate change intensifies droughts across sub-Saharan Africa.

Yet if you search online for “climate change deaths Africa”, the top results are articles about the demise of the Baobab tree. For too long, wealthy leaders haven’t considered the human impact of climate change in hotter, poorer countries worth acting on.

Governments’ responsibilities in relation to climate change were specified by the 2015 Paris Agreement, which aims to keep the global temperature rise well below two degrees. But governments also have human rights obligations. This means that those who fail to do everything in their power to reduce greenhouse gas emissions and help affected people adapt to climate change are breaching international human rights law.

So, for example, while President Trump may have pulled the US out of the Paris Agreement, the US is still bound by its international obligations to protect human rights which are threatened by climate change - like the rights to life, water and sanitation, food, health and housing. To comply with these obligations states need to, at the very least, move away from the extraction, production and export of fossil fuels, phase out government subsidies for these fuels and invest in renewable energy.

Protecting human rights and protecting the planet are two parts of the same fight. Climate change will exacerbate existing inequalities, and those who are already the most marginalized will suffer the most as a result of dwindling resources. For example, rural women, who form the majority of self-employed, small-scale farmers, will be most affected by climate shocks like droughts, floods and crop failures due to gender and power imbalances. More and more people will be forced out of their homes when they become uninhabitable, exposed to all the risks that displacement entails. Many wealthy countries have closed their doors to refugees in recent years, and we cannot rely on these same leaders to act wisely or humanely when the number of people on the move increases due to climate change.

Inequality between nations will also increase, and climate change threatens to undo many of the momentous human rights gains of the twentieth century. Former colonised nations like Bangladesh, Haiti and the Philippines are predicted to be some of the hardest hit by climate change. These countries, impoverished in part by years of colonial rule, are less equipped to respond and adapt to climate disasters, despite having contributed far less to the damage than richer countries in the global north. The struggles for independence which defined so much of the past century will mean little for former colonies if large parts of them become uninhabitable. In this way, rising seas and desertification threaten to wipe out history as well as habitats.

Governments are putting all of this at risk in order to protect corporate interests and to avoid relatively modest amounts of investments - approximately 1% of global GDP a year - that could dramatically reduce carbon emissions, avert catastrophic losses and avoid consequent greater costs. Taken together, the commitments governments have made to implement the Paris Agreement, would still result in a global temperature rise of 3-4 °C.

Amnesty International has for years worked alongside communities who have been affected by corporate created environmental disasters, like the Bhopal gas leak and oil spills in the Niger Delta. These incidents often affect poor or rural communities, and for too long reckless companies and complacent governments have operated with an “out of sight, out of mind” mentality. But this devastating heatwave has made it increasingly clear to governments worldwide that the impacts of climate change and environmental degradation will affect everybody - including their voters. With the deadly human cost of climate change now staring sceptical, apathetic world leaders in the face, could we finally be reaching a tipping point?