Cambodia: On 14th August, Tep Vanny will have been in prison for 2 years. 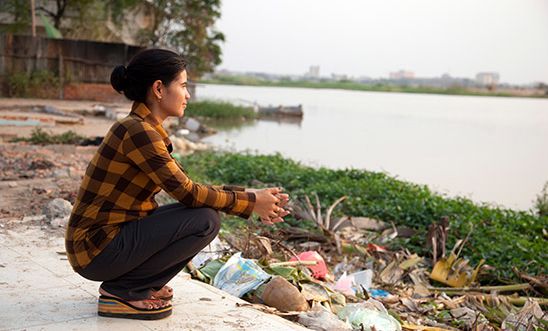 On the 14 August, Tep Vanny will have been in prison for two years. Her crime? Defending her home.

Tep is being specifically targeted because of her peaceful activism and as human rights defender. Civil society groups agree that no credible evidence has been presented against her.

This isn't the only example of Prime Minister Hun Sen using the courts to stop people challenging him. In March 2017 Sam Rainsy, then the leader of the opposition party, was convicted of “defamation and incitement to commit a felony” for claiming on social media that the July 2016 murder of political commentator Kem Ley was an act of “state-sponsored terrorism.” This forced him to flee the country. Then, in September 2017, the new opposition leader Kem Sokha was arrested at his home in the capital, Phnom Penh, and later charged with “conspiracy with a foreign power” in relation to a 2013 speech in which he discussed international advice he had received regarding democratic change.

The free press has also faced huge challenges and has been all but shut down. In September, the long-running English language newspaper The Cambodia Daily shut down after the authorities gave its publishers 30 days to pay a USD 6.3 million tax bill, a move widely viewed as arbitrary. The Phnom Penh Post was sold to a Hun Sen-linked company after it was landed with a very similar tax bill. This has signaled the end of a free press in the country.

Other human rights defenders like Tep have been targeted. Five human rights defenders – four senior staff members from the Cambodian Human Rights and Development Association (ADHOC), Mr. Ny Sokha, Mr. Yi Soksan, Mr. Nay Vanda, and Ms. Lim Mony, and deputy secretary - general of the National Election Committee (and former ADHOC staff member) Mr. Ny Chakrya – were detained on 28 April 2016. The UN Working Group on Arbitary Detention concluded that their arrest was concluded that the detention of the five HRDs is arbitrary, and that they should be immediately released and granted compensation. Yet they still remain in jail.

This is all happening in the lead-up to the general election happening on the 29 July. The situation has deteriorated so much that Human Rights Watch argues Cambodia is in "a human rights freefall" and "the country is rapidly reverting towards a one-party state." Its imperative that we send a message to Hun Sen that he must stop the roll-back of human rights in Cambodia. We are calling for the release of Tep Vanny in order to send this message. Tep must be released and a signal sent that the country's human rights will be respected.