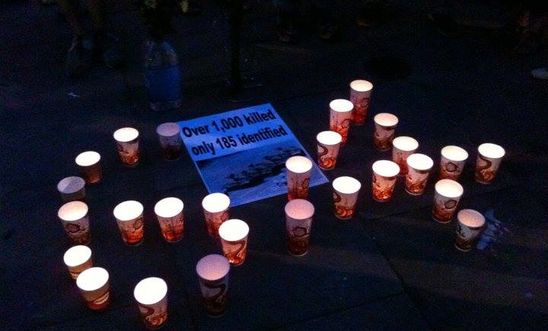 On Sunday the 3th of June, 7pm-9pm, we will gather outside the Chinese Embassy in London to hold a candlelight vigil commemorating victims of the Tiananmen Massacre in 1989.

Protestors will mark the names of known victims of the massacre on a street map of Beijing, showing the places where most of these victims were killed or the hospitals to which their bodies were taken. The commemoration will highlight the fact that there are still prodemocracy veterans and human rights activists who remain in prison. The participants and journalist in the 1989 protests will give speech. Please join us.

On the 29rd anniversary of the Tiananmen Massacre, we continue in our efforts: truth for June Fourth; massacre on trial; end autocracy; free all prisoners of conscience; protect human rights and equality; democracy now! （调查六四真相、追究屠杀责任、结束一党专制、释放良心囚徒、保障人权平等 、建设民主中国! ）

Venue: Embassy of the P. R. China in the UK