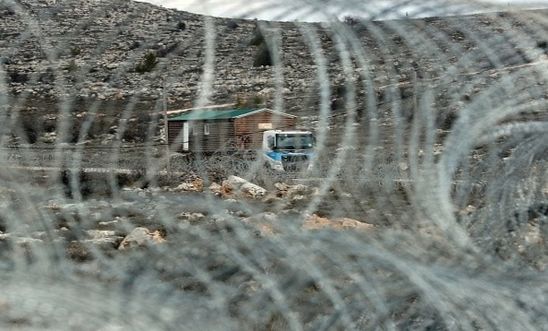 A prefabricated house is transported by a lorry after being are removed from the Israeli Amona wildcat outpost, northeast of Ramallah, in the occupied West Bank, on February 6, 2017 © (Photo credit THOMAS COEX/AFP/Getty Images)

By Harry Anderson and Peter Frankental

Why should companies steer clear of doing business with Israeli settlements in the Occupied Palestinian Territories (OPT)?

Surely, there is nothing wrong with a business relationship with such entities, some of which have been in place for 50 years?

This is an understandable question for companies to ask, especially as some of them have been conducting business with Israeli settlements for many years, operating within laws they believe to be applicable, and having had no sanctions taken against them. While the human rights violations associated with the settlements have been widely documented, the implications for companies doing business with them are less widely recognised.

But businesses should not be lulled into a false sense of security.

Liabilities have a habit of catching up with unsuspecting companies long after the event. In this case, liabilities are almost bound to arise from the fact that these settlements are built on land stolen from Palestinians and that they are illegal under international law. More significantly, they are a war crime for which individuals may be held accountable.

Yet despite this, companies from around the world continue to operate in and do business with these settlements. They range from banks and financial institutions to tourism agencies, construction companies, security firms, manufacturing companies, real-estate agents, utilities and more.

Hiding behind Israeli law provides little cover for companies in the OPT because a different set of rules apply.

The settlements are treated as a war crime by the international community. The fourth Geneva Convention of 1949 forbids a state that takes territory in warfare to plant its own people there. In 2004, the International Court of Justice said the settlements are illegal. In 2016, the United National Security Council declared them to be ‘a flagrant violation under international law and a major obstacle’ to peace.

In keeping with the UN Guiding Principles on Business and Human Rights, companies should respect the standards of international humanitarian law in situations of armed conflict.

This should give pause for thought to all companies that do business in or with Israeli settlements in OPT.

Companies operating or investing there, or sourcing goods from there, benefit from Israel’s unlawful confiscation of Palestinian land and other resources. They also benefit from Israel’s discriminatory policies for planning and zoning, with financial incentives and preferential access to water, energy and infrastructure, all of which disadvantage Palestinians.

The UN Guiding Principles on Business and Human Rights make it clear that companies have a responsibility to respect the laws of armed conflict.

Yet, companies engaging with settlements in the OPTs are flouting them.

The settlements are a breach of the Fourth Geneva Convention, and are considered as conflict-affected areas. They serve to reduce the opportunities for Palestinians and depress the Palestinian economy. Moreover, Business activity is essential in all aspects to the maintenance, development, and expansion of these settlements.

Complicity in war crimes is a serious criminal offence in many jurisdictions, and individuals- including business managers and executives- can and have been held liable for it.

While companies such as Airbnb and Trip Advisor are currently feeling the heat, more organisations will find themselves in the spotlight soon. The United Nations Human Rights Council has been compiling a database of companies who are engaged in Israeli settlements in OPT. Such companies have become the subject of scrutiny. The pressure is now on for them to think twice.

Now is the time for businesses to take the only action that is consistent with international law and with the standards applicable to companies – divestment and disengagement from the settlements.

More detailed arguments for taking this action are contained in Amnesty International’s new briefing for companies, Think Twice: Can companies do business with Israeli settlements in the Occupied Palestinian Territories while respecting human rights?