I gave water to migrants crossing the Arizona desert. They charged me with a felony. 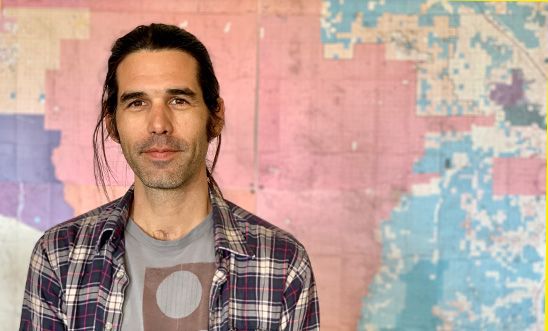 AJO, Ariz. — After a dangerous journey across Mexico and a difficult crossing through the Arizona desert, someone told Jose and Kristian that they might find water and food at a place in Ajo called the Barn. The Barn is a gathering place for humanitarian volunteers like me, and there the two young men were able to eat, rest and get medical attention. As the two were preparing to leave, the Border Patrol arrested them. Agents also handcuffed and arrested me, for — in the agency’s words — having provided the two migrants with “food, water, clean clothes and beds.”

Jose and Kristian were detained for several weeks, deposed by the government as material witnesses in its case against me and then deported back to the countries from which they had fled for their lives. This week, the government will try me for human smuggling. If convicted, I may be imprisoned for up to 20 years.

In the Sonoran Desert, the temperature can reach 120 degrees during the day and plummet at night. Water is scarce. Tighter border policies have forced migrants into harsher and more remote territory, and many who attempt to traverse this landscape don’t survive. Along what’s become known as the Ajo corridor, dozens of bodies are found each year; many more are assumed to be undiscovered.

Local residents and volunteers organize hikes into this desert to offer humanitarian aid. We haul jugs of water and buckets filled with canned food, socks, electrolytes and basic first-aid supplies to a few sites along the mountain and canyon paths. Other times, we get a report that someone has gone missing, and our mission becomes search and rescue — or, more often, to recover the bodies and bones of those who have died.

Over the years, humanitarian groups and local residents navigated a coexistence with the Border Patrol. We would meet with agents and inform them of how and where we worked. At times, the Border Patrol sought to cultivate a closer relationship. “Glad you’re out here today,” I remember an agent telling me once. “People really need water.” In a town as small as Ajo, we’re all neighbors, and everybody’s kids go to the same school. Whether it was in the grocery store or out in the field, it was commonplace for residents and volunteers to run into Border Patrol agents and talk.

Those kinds of encounters are rare these days. Government authorities have cracked down on humanitarian aid: denying permits to enter the Cabeza Prieta National Wildlife Refuge, and kicking over and slashing water jugs. They are also aggressively prosecuting volunteers. Several No More Deaths volunteers have faced possible imprisonment and fines of up to $10,000 on federal misdemeanor charges from 2017 including entering a wildlife refuge without a permit and “abandonment of property” — leaving water and cans of beans for migrants. (I face similar misdemeanor charges of “abandonment of property.”)

My case in particular may set a dangerous precedent, as the government expands its definitions of “transportation” and “harboring.” The smuggling and harboring laws have always been applied selectively: with aggressive prosecutions of “criminal” networks but leniency for big agriculture and other politically powerful industries that employ scores of undocumented laborers. Now, the law may be applied to not only humanitarian aid workers but also to the millions of mixed-status families in the United States. Take, for instance, a family in which one member is undocumented and another member, who is a citizen, is buying the groceries and paying the rent. Would the government call that harboring? If this family were driving to a picnic in the park, would the government call that illegal transportation? Though this possibility would have seemed far-fetched a few years ago, it has become frighteningly real.

The Trump administration’s policies — warehousing asylees, separating families, caging children — seek to impose hardship and cruelty. For this strategy to work, it must also stamp out kindness.

To me, the question that emerges from all of this is not whether the prosecution will have a chilling effect on my community and its sense of compassion. The question is whether the government will take seriously its humanitarian obligations to the migrants and refugees who arrive at the border.

In Ajo, my community has provided food and water to those traveling through the desert for decades — for generations. Whatever happens with my trial, the next day, someone will walk in from the desert and knock on someone’s door, and the person who answers will respond to the needs of that traveler. If they are thirsty, we will offer them water; we will not ask for documents beforehand. The government should not make that a crime.