Undermining the goal of ending statelessness 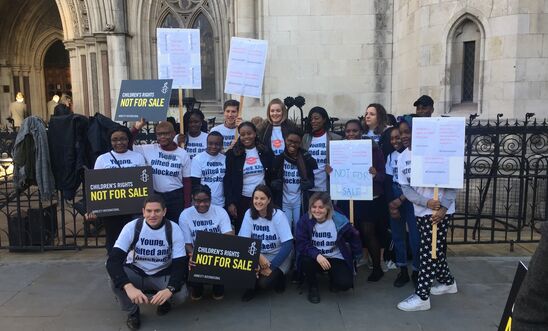 This year, Amnesty International shares its 60th anniversary with the 1961 UN Convention on the Reduction of Statelessness.

Statelessness means having no nationality.

A stateless person, therefore, has no country which formally recognises her, him or them as having the same rights as its citizens to live, participate and belong in it.

The aim of the Convention

When the 1961 Convention was being created, representatives from the UK and other countries discussed whether the Convention they were creating should aim to reduce or eliminate statelessness.

One practical consideration was deciding what it would be possible to get states to agree to.

The Convention, therefore, sets out to reduce statelessness.

However, it establishes various circumstances in which a state is obliged to provide its citizenship to a stateless person – such as where someone was born on the state’s territory and has grown up or is growing up there.

60 years on and the UN Refugee Agency – which is the responsible United Nations’ body for both stateless people and refugees – estimates there may be more than 10 million stateless people in the world.

Given the continued prevalence of statelessness and its dreadful impact, that body took the decision seven years ago to call on all states to eliminate statelessness by 2024.

How does the UK meet its obligations to reduce statelessness?

The law applied the principle of jus soli – which literally means right of the soil (i.e. citizenship coming from ‘the soil’ on which you are born).

However, things changed with the commencement of the British Nationality Act 1981. From 1 January 1983, people born in the UK are only British citizens at birth if one of their parents is themselves a British citizen or settled in the UK.

The Act, therefore, includes rights for stateless people, who fulfil specified conditions, to be registered as British citizens.

A person born stateless in the UK is entitled, for example, to be registered as a British citizen – if she, he or they apply before the age of 22, have lived in the UK for at least the last 5 years up to making their application and have never had a nationality.

However, the Home Office charges children £1,012 to register their rights to be registered as British citizens. Many children cannot afford this fee – including children who are stateless.

The fee – set far above Home Office costs – is being challenged in the Supreme Court on 23-24 June 2021 by a child, O, and by the Project for the Registration of Children as British Citizens (PRCBC).

Amnesty International UK has been permitted to intervene in the proceedings in writing to address the specific circumstances and rights of stateless children affected by the fee.

Our intervention is important for two reasons.

Firstly, it draws specific attention to how the fee defeats the purpose of the British Nationality Act 1981 to ensure the UK fulfils its obligations to stateless people.

Secondly, it provides example of the wider problem of Home Office fees making rights to British citizenship inaccessible to thousands of children whom Parliament has decreed are so connected to this country as to be entitled to its citizenship.

The Act includes several rights for children to be registered as British citizens.

Citizenship is important for all children – not only children who are stateless. It provides both practical and psychological security, confirming both a person’s full and equal right to live in the country and an important aspect of their identity.

The appeals before the Supreme Court will be an important test of how well this is recognised in British nationality law.

Meanwhile – despite claiming to be committed to putting right injustices in British nationality law – the Home Secretary is not only resisting the challenge to her £1,012 fee which prevents many children exercising their right to be registered as British citizens.

She has also set out plans to amend British nationality law to further undermine the rights of stateless children born in the UK to be registered as British.

Shamefully, therefore, as 2024 draws ever nearer, the UK Government is heading in completely the wrong direction on achieving an end to statelessness in this country or, by its example, elsewhere.