Northern Ireland is a safe place for racists 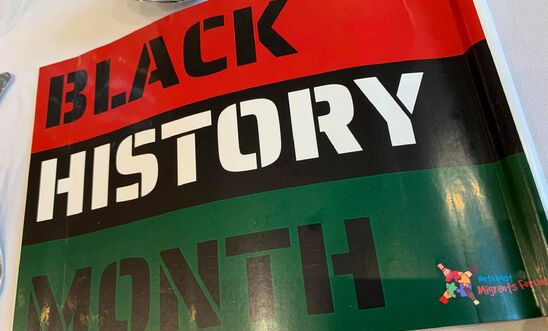 Northern Ireland is a safe place for racists.

If you commit a racially motivated hate crime here, you have a 90% chance of getting away with it.

Let’s look at the figures. Even though we know that hate crime is massively under-reported, the figures still tell a tale.

There have been more than 6,500 race hate crimes reported to the police in the last decade.

Neither Covid nor lockdown halted the rise in racially-motivated hate crime in Northern Ireland.

Racism is the most frequent motivation for a hate crime here. The number of racially motivated hate crimes reported to the PSNI has regularly outstripped those with a sectarian motivation now since 2016, despite the small size of the Black and minority ethnic population.

The most common racist hate crimes to take place are assault and criminal damage - such as attacks on cars, and brick or arson attacks on homes and community buildings.

Last year only 6.1% of racially motivated cases of criminal damage resulted in any sort of policing outcome, such as charges or summons, compared to a general clear-up rate for such crimes of 17%.

Overall, only one in ten (10.4%) racist hate crimes results in charges or summons. That is around half the rate (20%) seen with other crimes.

With 90% of race hate crimes going unpunished, sadly that’s why I say that Northern Ireland is a safe place for racists.

At this point, we have to acknowledge the role of paramilitaries.

Racism is to be found everywhere in Northern Ireland, but we cannot shirk from the reality that in parts of this region, some of the places where violent race hate crime is most concentrated, like south and east Belfast, loyalist paramilitaries are clearly involved.

That’s not me saying it. The police themselves have acknowledged this fact.

This perhaps explains, at least in part, why there is such a low clear-up rate for racist criminal offences. If the people involved in racist intimidation are involved in paramilitary groups, then there will be a natural reluctance among the public to give evidence against them out of fear that they could be next.

That’s the backdrop against which the arson attack on the Belfast Multi-Cultural Association’s building in January took place. It did not happen in a vacuum. It wasn’t an isolated incident, but one of an ongoing pattern of racist attacks on Black and minority ethnic people and property. Indeed, the arson attack was just the culmination of a series of attacks directed at the centre and its volunteers. Emboldened by a sense of impunity, the racists decided to step up their offensive.

They had already been told they were not welcome. They hadn’t taken the hint. Now they were to be burned out. And they were.

One of the only positives one can take from that horrific attack – which so easily could have cost the lives of people, rather than just the fabric of one of Belfast’s historic churches – was the overwhelmingly positive community response in support of the association.

The response was one of shock and horror, but most of all one of love and solidarity.

The online fundraiser was a simple but practical way for people to say no to racism and to yes to a diverse community. It was about getting a foodbank back on its feet, but it was also the community at large saying we want and appreciate you. You are welcome. You are a valuable part of this society, unlike those who had torched the building.

I hope that response was reassuring in the midst of what must have been a terribly low moment for all involved in BMCA and the wider Black and minority ethnic community. I think it also sent a powerful message to politicians about the sort of society which most people here want to see.

Will anyone be held accountable for this attack? Who knows. The odds aren’t good.

The police have clearly lost the confidence of many in ethnic minority communities to keep them safe. This, combined with the disastrous, discriminatory police response to last year’s Black Lives Matter protests, amounts to a credibility crisis for policing in this society and should be treated as such by the PSNI leadership and the Policing Board who are supposed to hold them to account.

The police must set about rebuilding their badly damaged relationship with Northern Ireland’s Black and minority ethnic communities and there are some signs that they have started to do so.

Ultimately, the test will be who feels safest in Northern Ireland.

People from Black and minority ethnic communities, or the racists who attack them.