The Death Penalty in Britain 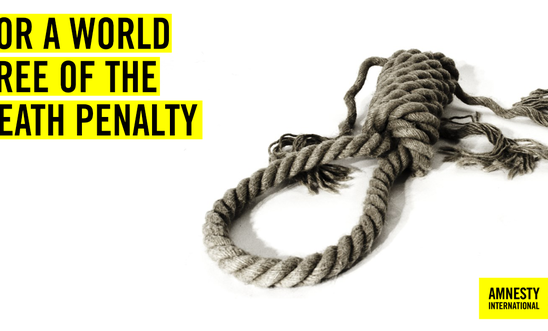 Let me make my position crystal clear upfront - I believe the death penalty is never justified and I’m thankful to live in a country with an independent justice system where it has long-since been abolished. But I’m never complacent in thinking it couldn’t make a come-back. The arguments in favour of the death penalty are never far away, particularly when there is a shocking terrorist atrocity.

Only last month the British Government seemed to abandon its long-held policy of not cooperating with foreign governments in cases of criminal prosecutions where the death penalty might be the outcome. The US was seeking the extradition of the two former British subjects captured by the Kurds and accused of being members of the ISIS death squad which brutally tortured and beheaded Western hostages, including an American aid worker and a journalist.

The British Home Secretary wrote to the US Justice Department saying the British Government would help in the case and would not seek assurances that the death penalty would not be used. Who cares, many might say? They deserve anything they get; and it would be up to the US if they are executed or not. But I see a danger which affects us all. It’s a very slippery slope, no matter how extreme and horrific the crime. If it can be valid in one case –- the argument can equally be made for other cases and before long the basic human right to life is denied.

Opposition to the death penalty has to apply in all circumstances. It’s absolute, no ifs, no buts.

A powerful reminder of why the death penalty has no place in our justice system is on our TV screens at the moment. ‘Murder, Mystery & My Family’ is an often poignant documentary series on BBC 1 re-examining historical British murder cases through the eyes of current relatives of those convicted and hanged. Expert criminal barristers and a retired Crown Court judge search for signs of miss-carriage of justice. One particularly worrying case they bring their forensic legal skills to bear on is that of William Burtoft, hanged for the brutal murder of elderly Frances Levin in her Manchester home in 1933. The only evidence against him was a confession he made to police.

It was the time of the Great Depression and it seems his only crime was to be homeless, alcoholic and vulnerable along with countless thousands of others. The programme’s legal experts found his confession to be totally unconvincing, with hallmarks it was written by a 3rd party (the police). A language expert concluded it was written in a stilted, matter-of-fact way and wasn’t the words of someone who had carried out the act of sneaking by chance into an elderly women’s home through an open door, discovering her lying on her sofa in the lounge and grabbing her poker from the fireplace to bludgeon her to death. The judge at William’s trial, however, rejected arguments to rule out the confession as evidence saying he believed it was credible. The defending lawyer also made basic errors, not even raising the fact that no blood was found on William’s clothes. And so a victim of the Great Depression became another victim of the prevailing legal system and was hanged despite a desperate last-minute appeal to the Home Secretary.

Abolition came much too late for William Burtoft. But let’s remind ourselves that it was cases like his that helped sway the debate in 1969 when capital punishment was permanently abolished by Parliament.

It could be argued that such a case would never happen today. After all, we have added legal safeguards: all police interviews are now videoed and convictions cannot be made solely on confessions. I believe in British justice. But I also know mistakes can and will happen and justice can be open to manipulation. No system will ever be perfect. So can anyone put hand-on-heart and say the innocent will never be convicted? There’s an over-riding problem with the death penalty that no amount of safeguards and appeals can ever sweep away - it’s final. No ifs, no buts. l for one will keep fighting to ensure our country remains free of the death penalty.