Reading fiction develops our empathy and social understanding which helps us stand up to prejudice and discrimination. This is why we believe that literature is a valuable tool for developing values that uphold our human rights.

Are you passionate about books and human rights?

Check out these great young adult books. Each book explores ideas of tolerance and justice, encouraging you to step into another’s shoes. 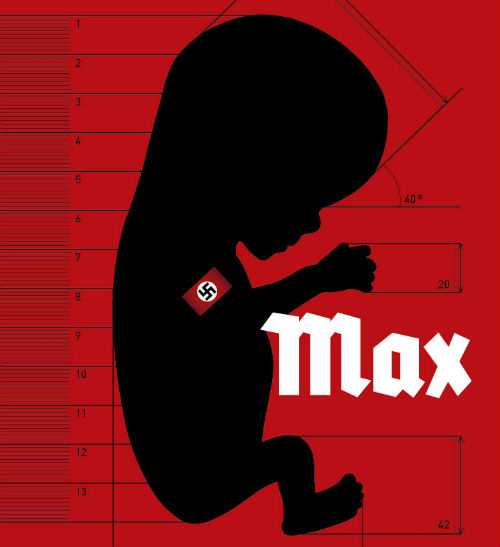 Born through the Nazi Lebensborn programme, designed to engineer ‘perfect’ Aryan children, baby Max is born completely sure of his destiny: to be willing to serve and even die for the Third Reich. As he grows up, Max is fed an ideology of hatred and violence, unable to understand human emotions like compassion or love.
Nonetheless, some of his experiences start to challenge his world-view, especially when he meets the rebellious and headstrong Lukas at a Nazi training school.

There are some passages that younger readers might find very disturbing, and for that reason we would only recommend Max to those of you aged 13 or over. This powerful novel is a fascinating insight into one of the most extreme and brutal aspects of the Nazi eugenics programme; despite Max’s flaws, you come to empathise with him as an abused and exploited child, who learns how to separate lies from truth against the odds.

Here I Stand: Stories that Speak for Freedom 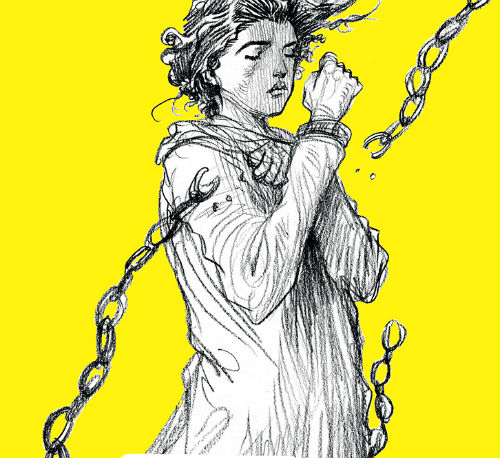 Here I Stand is a compelling collection of stories, poems and graphic narratives commissioned by Amnesty to explore different aspects of our human rights. From Matt Haig’s portrayal of tyranny in ‘The Invention of Peanut Butter’ to Chibundu Onuzo’s sensitive depiction of London gang culture in ‘Dulce Et Decorum Est’, each contribution presents a human rights issue in a thought-provoking and original way.

One of the most striking features of the book is how it challenges our preconceptions that human rights abuses only occur far away. In ‘Stay Home,’ by Sita Brahmachari, an exhausted young girl is struggling to care for her mother, instead of enjoying her right to a childhood. In Frances Hardinge’s ‘Bystander’, a girl is shocked to learn of a classmate’s abuse at the hands of her family, who view her as a witch. Many of the stories question the idea of staying silent in the face of human rights abuses; in A.L. Kennedy’s ‘What I Remember About Her’, the narrator reflects on whether they could have prevented a horrific case of bullying. Liz Kessler’s ‘Love is a Word, Not a Sentence’ explores the tragic impact of homophobic abuse, while Sabrina Mahfouz’ ‘When the Corridors Echo’ looks at the impact of the government’s Prevent strategy on innocent children. These powerful stories definitely make you think about the different ways human rights can be abused and the importance of standing up for your beliefs in the face of injustice.

Read Lighting a candle for Here I Stand blog

The Art of Being Normal by Lisa Williamson

14-year-old David is in many ways a typical teenager, struggling with his Maths homework, unrequited love and merciless victimization by the school bully. However, David has a secret. He wants to be a girl.

Leo Denton is the enigmatic new boy at Eden Park School, having left his rough school on the Cloverdale Estate. Nobody knows much about Leo, and it appears he would like to keep it that way. But when Leo defends David in a fight, these two outsiders strike up an unlikely friendship.

Lisa Williamson’s powerful novel explores the difficulties of growing up, the pain of first love and the importance of self-acceptance against the odds. We’ve endorsed The Art of Being Normal for its powerful portrayal of two young people struggling to assert their identity in an often hostile and unforgiving world.

Lies We Tell Ourselves by Robin Talley 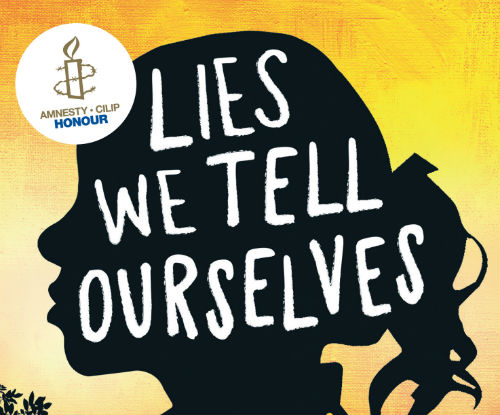 Set during 1959, Robin Talley’s novel explores the experiences of Sarah and Linda, two girls whose lives are divided along racial lines. Sarah is one of the first black students to integrate Jefferson High School; Linda is the daughter of a virulently segregationist white newspaper editor. When they are forced to work together on a French project, their fiery exchanges initially suggest mutual hatred. However, they come to realise that their prickly relationship may in fact spring from their attraction to one another, an attraction they are determined to resist.

This powerful coming-of-age novel shows how two brave young women confront racism and homophobia to live as they choose. It is also rare to hear stories featuring young gay people of colour in young adult's fiction, and for that reason this is a very important book.

The Stars at Oktober Bend by Glenda Millard 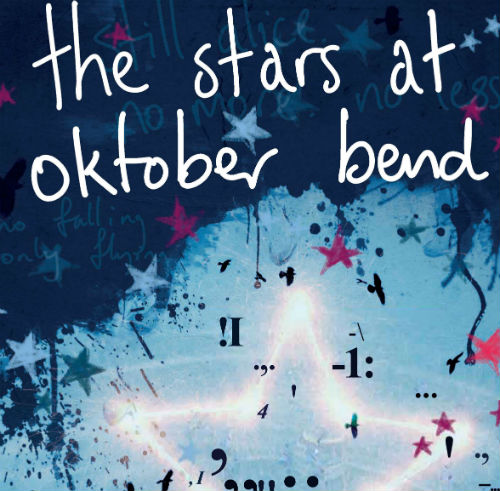 Written with lyrical beauty, The Stars at Oktober Bend is narrated by fifteen-year-old Alice Nightingale, cursed by ‘twelveness’ following a terrible assault. Alice has acquired brain injury and struggles to express herself, yet she crafts poems from her broken words, finding new ways of connecting with the world around her. She finds an unexpected confidante in Manny James, a former child soldier who runs at night to escape his memories. Manny helps Alice to find a new sense of self, and together, they overcome the past to forge new beginnings at Oktober Bend.

Exploring themes of sexual assault, poverty and racism, The Stars at Oktober Bend is a challenging yet life-affirming book that gives its young characters a powerful and original voice.

The Hate U Give by Angie Thomas 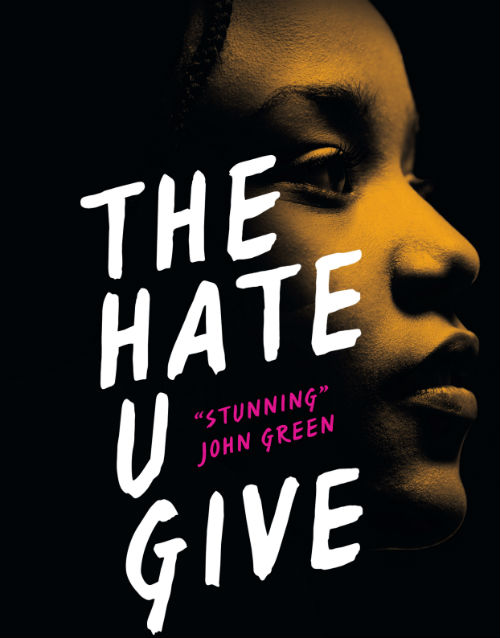 Inspired by the ‘Black Lives Matter’ movement, The Hate U Give follows sixteen-year-old Starr, whose life changes forever when she witnesses a policeman murder her childhood friend Khalil. Starr is trying to straddle two different worlds – the poverty-stricken neighbourhood of Garden Heights and the suburban privilege of her private school. When Khalil dies, she realises she must take a stand for her beliefs. Starr is a witty and perceptive narrator, and as she grapples with the injustice of the adult world, she learns important lessons about herself and her family, 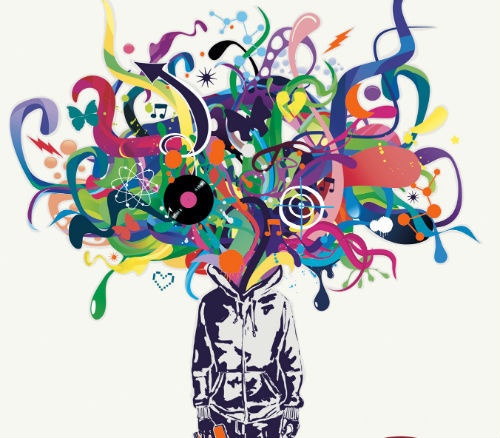 Sixteen-year-old Marlon is a self-confessed geek. His middle names are Isaac Asimov (after the science fiction writer) and his thoughts are peppered with references to neurology. After his brother Andre was horrifically injured in a car crash, Marlon promised his mum that he would never be involved in gang culture. But when Marlon goes on a date with the wild, impossibly beautiful Sonya, his life takes a drastic turn for the worse, especially when he starts receiving texts looking for a mysterious ‘Mr Orange’.
A fast-paced thriller, written with a keen ear for young voices, Orangeboy is an original and fresh perspective on the struggles facing London’s teenagers. It captures the pressures society puts on young black men to play the part of a gangster, even if, as in Marlon’s case, they are anything but. Marlon is drawn into a murky world of intimidation and threats, playing detective to try and unravel the mystery of who ‘Mr Orange’ is, before it is all too late.

Salt to the Sea by Ruta Sepetys 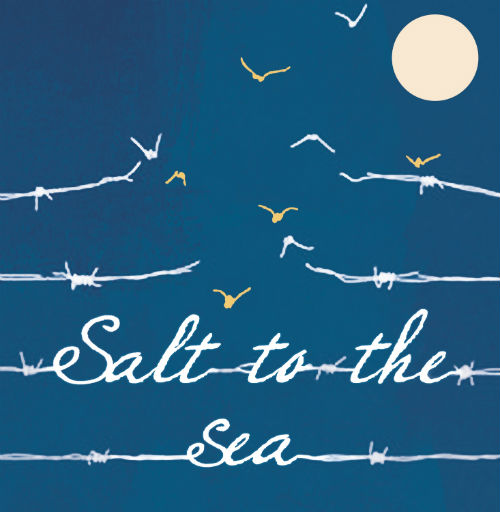 Set in 1945, Ruta Sepetys’ novel follows a host of characters in Germany as they seek shelter from the Red Army aboard the Wilhelm Gustloff. There is the pregnant teenager, Emilia, who is harbouring her own secrets; Joana, a beautiful Lithuanian nurse who feels intense guilt for leaving her family behind; Florian, a gifted forger whose real identity is a mystery; and Alfred, a priggish young Nazi recruit who desperately wants to prove himself a man. Sepetys crafts a gripping and suspenseful narrative, investing these characters with humour and pathos. The story of this tragedy has rarely been heard, yet Sepetys gives her young characters powerful and individual voices, so that we walk alongside them throughout their stories, experiencing their joys and fears.

Alpha by Bessora and Barroux 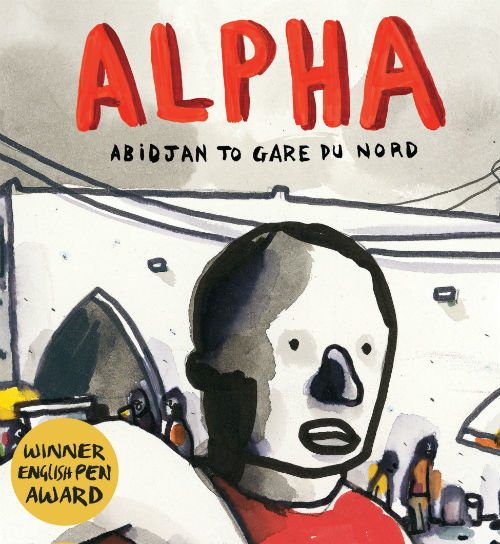 Alpha follows the story of a father travelling from Abidjan, Cote D’Ivoire, in the hopes of reaching Gard du Nord, Paris, where he will be reunited with his wife and child. This powerful graphic novel is an unflinching portrayal of the refugee crisis, exploring Alpha’s journey alongside a host of characters seeking sanctuary from poverty and violence. Given current debates surrounding the refugee crisis, this evocative story has a poignant resonance, encouraging the reader to see the individual stories behind the headlines. 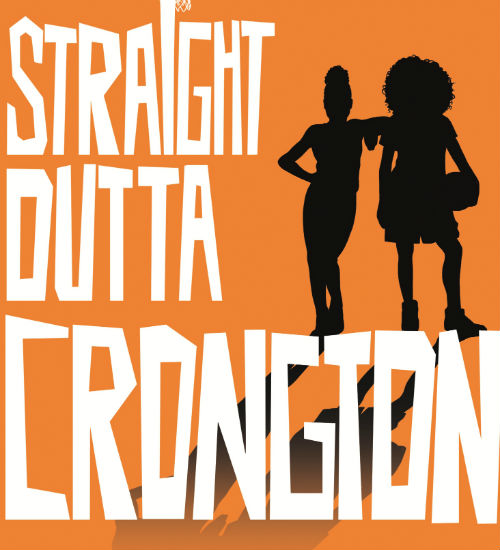 Fifteen-year-old Mo has nuff stress to contend with in Alex Wheatle’s humorous, tragicomic sequel to Crongton Knights. Not only does she live in the tough, crime-ridden neighbourhood of South Crong, her mother’s boyfriend Lloyd is a violent menace who will slap her out of bed at the least provocation. Luckily, Mo can count on her sistrens Naoms and Elaine for support. However, when a serious accident befalls the love of her life, Mo must decide how far she will go to pursue revenge…

We’re always keen to hear about fantastic new reads that convey the message of human right. Email your suggestions here.