Thank you so much to all those who took action to protect internet freedom in China.

Over 15,000 of you came together to speak out against Google's plan to relaunch its search engine in China. You spoke out against Google cooperating with Chinese government’s repressive online censorship and surveillance rules, and in doing so - acted to protect human rights.

Back in 2010, Google made a promise. The largest search engine in the world vowed it would never support China’s internet censorship. But - skip forward to August 2018 - and it was a different story.  It was revealed that Google was preparing to go back on its word.

Under the code-name ‘Project Dragonfly’, Google had been working on a secretive programme to re-launch its search engine in China - even if that meant cooperating with the Chinese government’s repressive online censorship and surveillance rules. 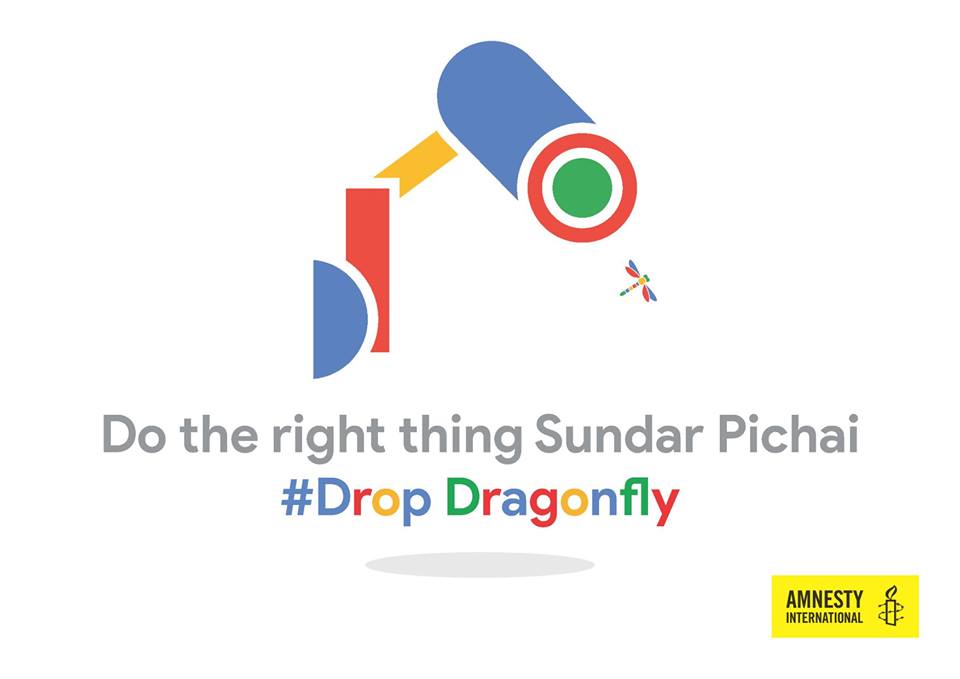 The Chinese government would even be able to spy on Google’s users – this is a government that routinely sends people to prison for merely sharing their views online.

If Google is willing to trade human rights for profit in China, could they do the same in other countries?

By stand in solidarity with the staff members at Google who have protested the project, thousands of you came together to tell Google's CEO Sundar Pichai to #DropDragonfly - before it could be launched.