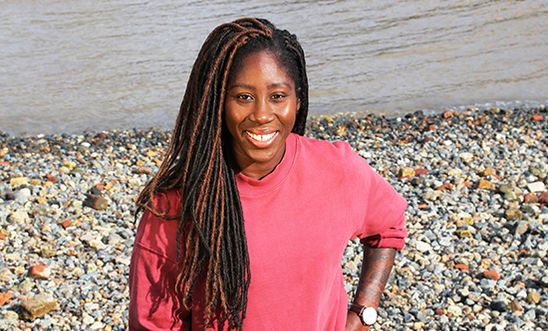 Anita Asante is a defensive midfielder/ centre back who is currently playing for Aston Villa in the FA WSL. She has wealth of experience at the highest level having competed in the Champions League, European Championships, World Cup finals, Olympics, as well as winning a host of major honours.

Asante began her career with Arsenal while studying politics and English at Brunel university. Shortly after completing her masters she went on to play in the US professional league winning the inaugural Championship with her New Jersey based team, Sky Blue FC in 2009.

Among the teams Asante played for in the US were St Louis Athletica, Chicago and Washington Freedom.

She then moved to Sweden and enjoyed fruitful spell with Kopparberg/Gothenburg FC and was part of the team which won the Ladies Swedish Cup in 2012. Asante then scored as they won the Super Cup by beating Tyreso.

In 2013 she made the switch to FC Rosengård winning two league titles with the club.

Asante made her debut for the senior England team in 2004 having represented the Lionesses across various younger age groups, and she went on to be a part of squads at four major tournaments, as well as playing for Team GB at the London Olympics in 2012.