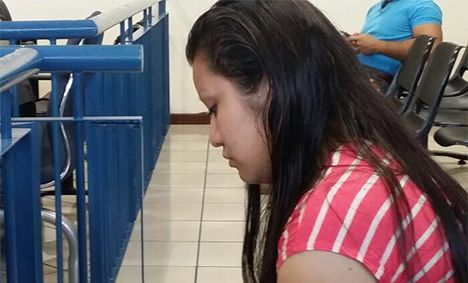 Losing a child during pregnancy is deeply traumatic. Imagine if you were then blamed and deemed a criminal for it.

Evelyn Hernández lost her baby after life-threatening health complications, in El Salvador. Inhumane abortion laws mean that she was charged with murder.

Send an instant email to the Attorney General to demand the case against her is dropped immediately.

Forced to relive the trauma

Hospital staff reported Evelyn to the police back in 2016, after she arrived having suffered complications at home.

Rather than just receiving the care and support she needed, Evelyn was arrested, charged with aggravated homicide and sentenced to 30 years in prison. The sentence was later overturned in 2018. But last month, the Salvadoran Public Prosecutor’s Office decided it will appeal the decision.

Evelyn now faces the ordeal of going on trial again for losing her baby through complications during pregnancy.

El Salvador has one of the strictest anti-abortion laws in the world. Abortion is illegal in all circumstances and women are often criminalised for something they have no control over.

Evelyn is just one of at least 16 women in jail or facing charges for losing their baby during pregnancy.

These harsh and arbitrary punishments need to stop.

Take action now. Send an instant email to demand that all charges against Evelyn are dropped.