Ask your MP to protect all survivors of domestic abuse 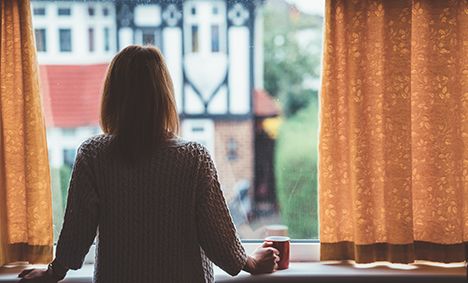 Your MP sits on the Committee that will review the Domestic Abuse Bill. This Committee will decide who can get help and who can’t.

Some women – like migrant women – find it virtually impossible to access safety, leaving many trapped in abusive relationships.

Please urge your MP to make the changes necessary to protect all survivors of domestic abuse.

As their constituent your MP has to listen to your concerns.

Ask your MP to protect all survivors of domestic abuse

The government’s proposed Domestic Abuse Bill is not fit for purpose.

It was supposed to ‘transform our approach to domestic abuse’, but in fact it leaves some of the most marginalised women behind.

Migrant women are often already isolated in society and find it virtually impossible to get help.

They are likely to be turned away from refuges because they can’t access public funds – and they’re often too scared to report the abuse to the police in case they are reported to immigration enforcement as a result.

Your power to change this

Your MP is 1 of 17 people on the committee that’s reviewing the Bill. They will go through it point-by-point to make sure our law helps as many people as possible.

As their constituent you have the opportunity to point out that the existing bill does nothing to change the inequalities in the current system, that excludes migrant women across the country from protection.

Abusers use the system as a weapon of coercive control: 92% of migrant victims of abuse report being threatened with deportation by their abuser.

R* finally arrived in the UK after 2 years apart from her husband. She was looking forward to building their new lives together.

Then the abuse began:

My husband’s gaslighting techniques made me question reality and his attempts to isolate me from friends and family left me feeling incredibly lonely.

Although I was the primary breadwinner, he prevented me from opening my own bank account, and spent the majority of my earnings behind my back.

Over time, the abuse escalated. He threatened to have my visa cancelled and kick me out of our home.

However, as a migrant survivor, I understood that leaving was almost impossible as I was barred from accessing refuge and other crucial support.

Finally, without assistance, I moved to private rented accommodation and opened a bank account. Thankfully, I secured legal representation to apply for indefinite leave to remain as a victim of domestic violence.

Whilst I’m grateful that this application was available to me, having arrived on a spousal visa, many survivors on other visa categories do not have access to this route and face further obstacles as a result.

Together let's make sure all women get the help they need.

Please urge your MP to make sure all women can get the help they need to stay safe.

This campaign for migrant survivors is led by the Step Up Migrant Women coalition of over 40 organisations, of which Amnesty is just one member. At the heart of this coalition is the specialist service providers that support the migrant survivors of domestic abuse that we are campaigning for.