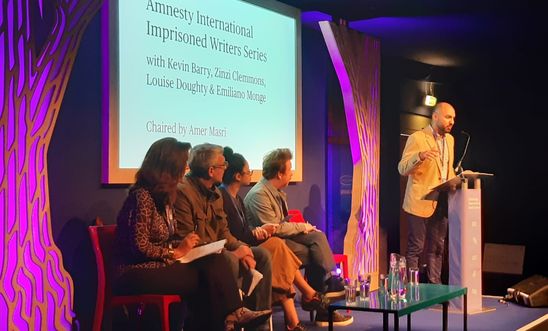 The conflict in Syria is a brutal crisis that brought the war zone to people’s neighbourhoods and communities and forced many to flee and face further torment as they experience life as refugees. Today’s readings show the human impact of this man-made calamity.

After more than eight years, the impact of the conflict in Syria is felt across the world. As of July 2019, official UNHCR figures indicate there are over 5 million Syrian refugees outside Syria – almost a quarter of the pre-war population.

ISIS may be in retreat but fighting continues between rebel forces and the Syrian government, and external state actors continue to attack their enemies inside Syria, with Israel aiming a series of strikes at Iran and Hezbollah linked sites in Homs and Damascus, and Turkey firing on targets in the Kurdish-controlled territory in the North-East.

Idlib, in the north-west of the country, is still held by Turkish backed rebel forces. Violence in the region has escalated since late April, and Syrian and Russian airstrikes in the past month have resulted in the deaths of hundreds of civilians.

The second deadliest conflict of the 21st century has left a country in ruins and over half the population have fled. Towns like Raqqa and Aleppo are devastated, with the estimated cost of rebuilding running into hundreds of billions of dollars.

Those who remain face a ninth year of poverty, disruption, violence and displacement.

Today’s readings tell some of the human stories that explain why so many have fled their homes.

During the siege of Yarmouk, despite the risk to his life, Aeham Ahmad played his piano in the streets seeking to transmit a little hope and joy through playing music to the people. In spring 2015, due to the imposed ban of music the Islamists burned his instrument in front of his eyes. Since this incident, his life was under serious threat and he was forced to leave Syria as a refugee. He now lives in Germany. Today's event features an extract from the memoir The Pianist of Yarmouk which describes the distribution of emergency aid packages in the refugee camp.

Homes: A Refugee Story is a memoir of Abu Bakr al Rabeeah's childhood in Iraq and Syria. Just before civil war broke out in 2010, the al Rabeeah family left Iraq for safety in Homs, Syria. Al Rabeeah was 10 years old when the violence began in his new home. He remembers attacks on his mosque and school, car bombings and firebombs. He now lives in Canada.

Amina Khoulani is one of the founders of ‘Families for Freedom’, a women-led Syrian movement calling for the release of detainees, and for justice in the many cases of detainees tortured and killed.

Samer (a pseudonym) is in his late twenties. Having escaped from Raqqa he is living in a refugee camp in Northern Syria. His experiences have been published as Raqqa Diaries.