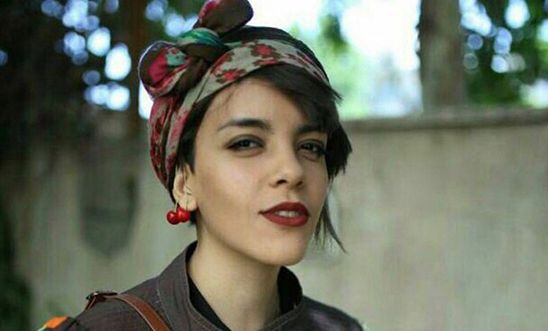 On 8 March – International Women’s Day – 2019 Yasaman Aryani walked through a women-only train carriage in Tehran with her hair uncovered and handed out white flowers. She spoke of her hopes for a future where women would have the freedom to choose what to wear, so that one day they could walk together ‘me without the hijab and you with the hijab’.

A video of her act of defiance went viral, and on 10 April she was arrested. She was held alone in a cell for days while interrogators questioned her. They told her to ‘confess’ that foreign elements were behind her activism and ‘repent’ her actions. Otherwise, they said, her friends and family would be arrested. On 31 July, Yasaman learned she had been sentenced to 16 years in prison – of which she must serve at least 10 years.

This cruel punishment is part of a wider crackdown on women who campaign against Iran’s forced veiling laws. Since 2018, dozens of women, including Yasaman’s mother, Monireh Arabshahi, have been arrested.

Take a photo or video of yourself handing out flowers or experiencing the sun, wind or rain on your hair and post them on your social media accounts. Tag them #FreeYasaman with a message on Twitter to @yasamanaryani95 and Iran’s leader @khamenei_ir. You can also email your photos and videos to: iran_team@amnesty.org.

Tell the Head of the Judiciary to release Yasaman Aryani immediately and unconditionally.