Since when is helping others a crime? 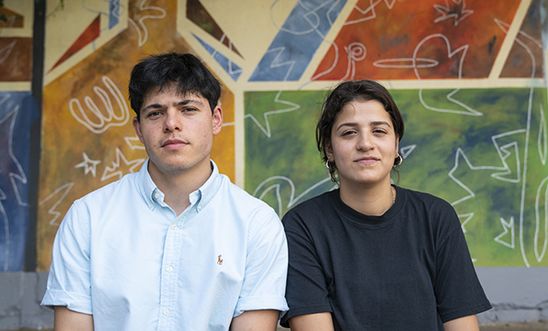 Sarah and Seán: arrested for volunteering to help save refugees from drowning

You would think that we live in a society where helping others in need would be actively encouraged and even celebrated. Yet, across Europe – particularly, Italy, Greece, France, the UK, Germany, Denmark and Spain – people are being criminalised for it.

People are being arrested for things we’d normally consider to be acts of kindness, like helping people with:
•    food and other essentials,
•    shelter,
•    transport
•    filling out legal applications.

Pastor Christian Hartung found police on his doorstep at 10 am one morning for letting Sudanese refugees sleep in his church, in western Germany. It’s a region where the far-right AfD party is growing in strength. 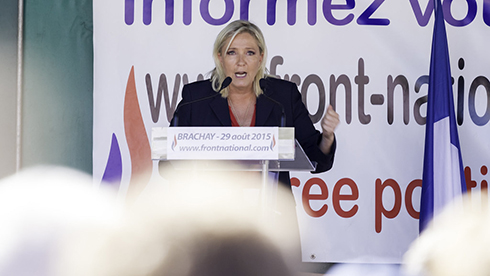 "Marine Le Pen à Brachet" by TV Patriotes is licensed under CC BY 2.0

In other parts of Europe far-right parties are making arrests of volunteers that help migrants part of their manifestos. Marine Le Pen – who represents Calais – has made the port city a “hotspot” for such arrests.

The Lega (Italy) and National Rally (France, formally known as the National Front) are further examples of far-right parties who have promised to control borders and crack down on those who move “illegally”.

People smuggling laws are being used against boat crews and volunteers who rescue migrants at sea.
Sarah and Sean volunteered for a sea search and rescue organization in Lesvos and helped people in danger at sea.
They ended up in prison charged with spying, people smuggling and belonging to a criminal organization, until they were released on bail in December 2018. They’re still awaiting trial. Call for the charges against Sarah and Seán to be dropped

One activist was recently prosecuted for a post on his Facebook page criticising the treatment of migrants by comparing it to that of Jewish people under the occupation in France.

Volunteers in Calais have faced intimidation from “systematic identity checks to parking fines, threats, insults and physical violence” from police.

Tom Ciotkowski, a 30-year-old British volunteer was on trial in French courts, before being acquitted. He faced up to five years in prison and €7,500 in fines on contempt and assault charges. All he did was record a police officer pushing and kicking another volunteer who was trying to distribute food to migrants and refugees in Calais.

Punishing or criminalising people who help other people is something that violates all human rights conventions.
It’s time European leaders recommit to human rights, the rule of law and common decency.