Kazakh family at risk of torture in detention 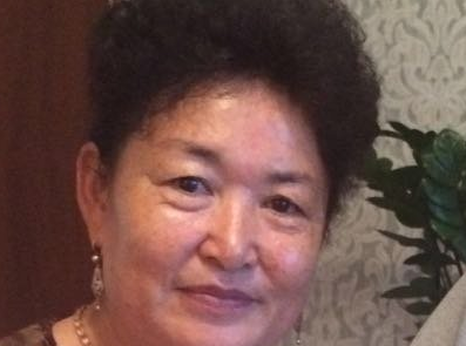 Haliyoula Tuerxun’s family was informed that he was sentenced to 20 years’ imprisonment in a secret trial, however no details about the crime that he had supposedly committed has ever been shared. In December 2020, his family was told by a trusted source that he had died while in detention. The Chinese authorities have never disclosed anything about Haliyoula Tuerxun’s death to his family. His son living in Kazakhstan is worried that his death may have been caused by torture or ill-treatment during detention, as there have been allegations of torture and ill-treatment in Xinjiang’s detention facilities. Before he had been detained in March 2018, he exposed the death of an ethnic Kazakh in a “transformation-through-education” facility.

Xinjiang is one of the most ethnically diverse regions in China. More than half of the region’s population of 22 million people belong to mostly Turkic and predominantly Muslim ethnic groups, including Uyghurs (around 11.3 million), Kazakhs (around 1.6 million) and other populations whose languages, cultures and ways of life vary distinctly from those of the Han who are the majority in “interior” China.

In March 2017, the Xinjiang government enacted the “De-extremification Regulation” that identifies and prohibits a wide range of behaviours labelled “extremist”, such as “spreading extremist thought”, denigrating or refusing to watch public radio and TV programmes, wearing burkas, having an “abnormal” beard, resisting national policies, and publishing, downloading, storing, or reading articles, publications, or audio-visual materials containing “extremist content”. The regulation also set up a “responsibility system” for government cadres for “anti-extremism” work and established annual reviews of their performance.

It is estimated that up to a million Uyghurs, Kazakhs and other predominantly Muslim people have been held in the “transformation-through-education” centres. The Chinese authorities had denied the existence of such facilities until October 2018, when they began describing them as voluntary, free “vocational training” centres. They claim that the objective of this vocational training is to provide people with technical and vocational education to enable them to find jobs and become “useful” citizens. China’s explanation, however, contradicts reports of beatings, food deprivation and solitary confinement that have been collected from former detainees. China has rejected calls from the international community, including Amnesty, to allow independent experts unrestricted access to Xinjiang. Instead, China has made efforts to silence criticism by inviting delegations from different countries to visit Xinjiang for carefully orchestrated and closely monitored tours.