Anti-corruption activists must be released

On 19 July 2020, the West Bank-based Palestinian forces arrested 19 anti-corruption activists during a peaceful protest held in the city of Ramallah. While three were released, 16 of these activists have been charged, 10 of which remain in detention. All 10 are on hunger strike in protest of their detention. Authorities must immediately drop all charges and release these activists. Their next court hearing is on 5 August 2020. 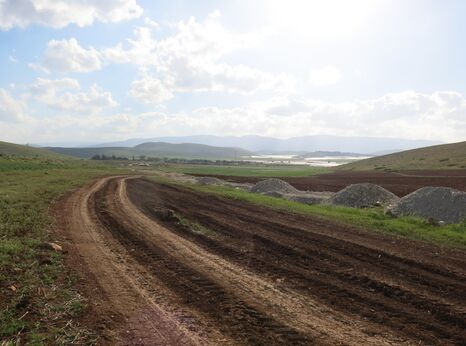 On 19 July 2020, the West Bank-based Palestinian forces arrested 19 anti-corruption activists during a peaceful protest held in the city of Ramallah. While three were released, 16 of these activists have been charged, 10 of which remain in detention. All 10 are on hunger strike in protest of their detention. Authorities must immediately drop all charges and release these activists. Their next court hearing is on 5 August 2020.

In recent months, the Ramallah-based Palestinian authorities have been accused of instances of corruption, including the appointment of relatives of Palestinian officials to top positions. Following these allegations, some Palestinian activists organized the “Coordination Committee for Popular Movements,” which consists of several popular grassroots movements across a number of cities in the occupied West Bank. The group has set several goals, including increased transparency, separation of powers within government, protesting nepotism within the Palestinian authorities, and uncovering corruption and abuse of power in the public and private sectors.

In early June 2020, the Ramallah Magistrate Court charged four anti-corruption activists within the group with “defamation” against the Palestinian Telecommunication Company. Those charged were: Jasser Jaser, Jihad Abdou, Izz al-Din Za’aloul, and Musa al-Qasiya. According to Lawyers for Justice, a group of lawyers representing the four activists, the activists are members of the Coalition for a Fair Palestinian Telecommunication Sector who started a campaign in 2017 called Bekafi ya shirikat alitisalat. The four activists were later released on bail.

On 7 July, Palestinian security forces arrested one of the leaders of the “Coordination Committee for Popular Movements”, Fayez Swaity, shortly after he posted on social media about unequal distribution of financial aid to Palestinians. According to Lawyers for Justice, Fayez Swaity was taken into custody by Palestinian security officers who raided his home in the town of Dura, near Hebron. He was released on 13 July on bail.

On 15 July, the “Coordination Committee for Popular Movements” called for a peaceful demonstration in the West Bank City of Ramallah, which to be held on 19 July. Several anti-corruption activists organized the rally under the banner “Enough is Enough” as part of a campaign against rampant corruption in the Palestinian authorities. Shortly before the scheduled start of the protest, at approximately 5:30 pm, the Ramallah-based Palestinian forces were deployed at al-Manara Square in the centre of Ramallah. Palestinian forces arrested 19 of the activists attending the protest soon after it started.

The arrests included a number of prominent anti-corruption activists, including the re-arrest of Fayez Swaity. According to Lawyers for Justice, the 19 activists were taken to a detention facility in the Ramallah Police Directorate.  While three were released, 16 of these activists were brought before the Public Prosecution on 20 July, where they were charged with “illegal gathering” and “violating the emergency rules.” Six of them have been release and 10 remain in detention. On 22 July, the Ramallah Magistrate Court extended the detention of the 10 activists for further 15 days. On 23 July, the court rejected a request to release the detainees on bail. Their next court hearing is on 5 August.

Amnesty International has documented that Palestinian forces in the West Bank and the Gaza Strip continue to arrest arbitrarily peaceful demonstrators and critics of both authorities. Among those arrested and detained are journalists, university students, critics and human rights activists. Amnesty is concerned that many of these arrests are arbitrary and that judicial proceedings do not meet fair trial standards. Amnesty is also gravely concerned about Palestinian security forces’ systematic use of torture and other ill-treatment against detainees with impunity, despite the State of Palestine’s ratification of the Optional Protocol to the Convention against Torture on 29 December 2017.

These arrests undermine welcome measures taken by the Palestinian authorities in the West Bank and the Gaza Strip to release some prisoners and detainees as part of their response to the public health crisis. They also come in the context of a pre-existing pattern of violations of the right to freedom of expression by the Palestinian authorities in both the Gaza Strip and West Bank.