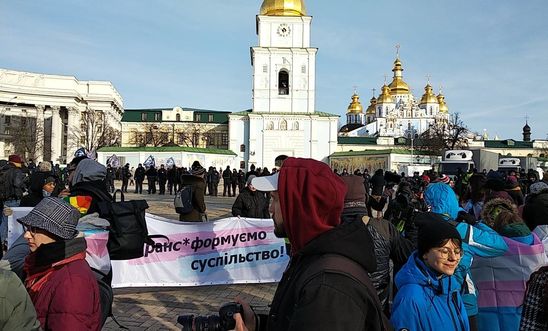 Good news! On 23 November, the authorities successfully protected Trans March in Kiev. Up to 100 activists were able to convene and march to mark Transgender Day of Remembrance. Several hundred members of law enforcement were deployed to protect Trans March participants from violent members of far-right groups advocating for hatred and discrimination.

Dozens of far-right counter-protesters gathered nearby, holding a demonstration beyond the police cordon, but they were not able to force trans rights protesters from their location. This is a striking improvement from the violence transgender activists experienced at Trans March 2018. Last year insufficient protection from authorities allowed violent far-right counter-protesters to prevent trans rights activists from exercising their right to freedom of expression and peaceful assembly.

Campaigners from AI Ukraine believe the actions taken by the Urgent Actions network, combined with the advocacy from their branch, contributed significantly towards ensuring the protection of Trans March 2019.

Organisers of Trans March are thankful to Amnesty for their support. 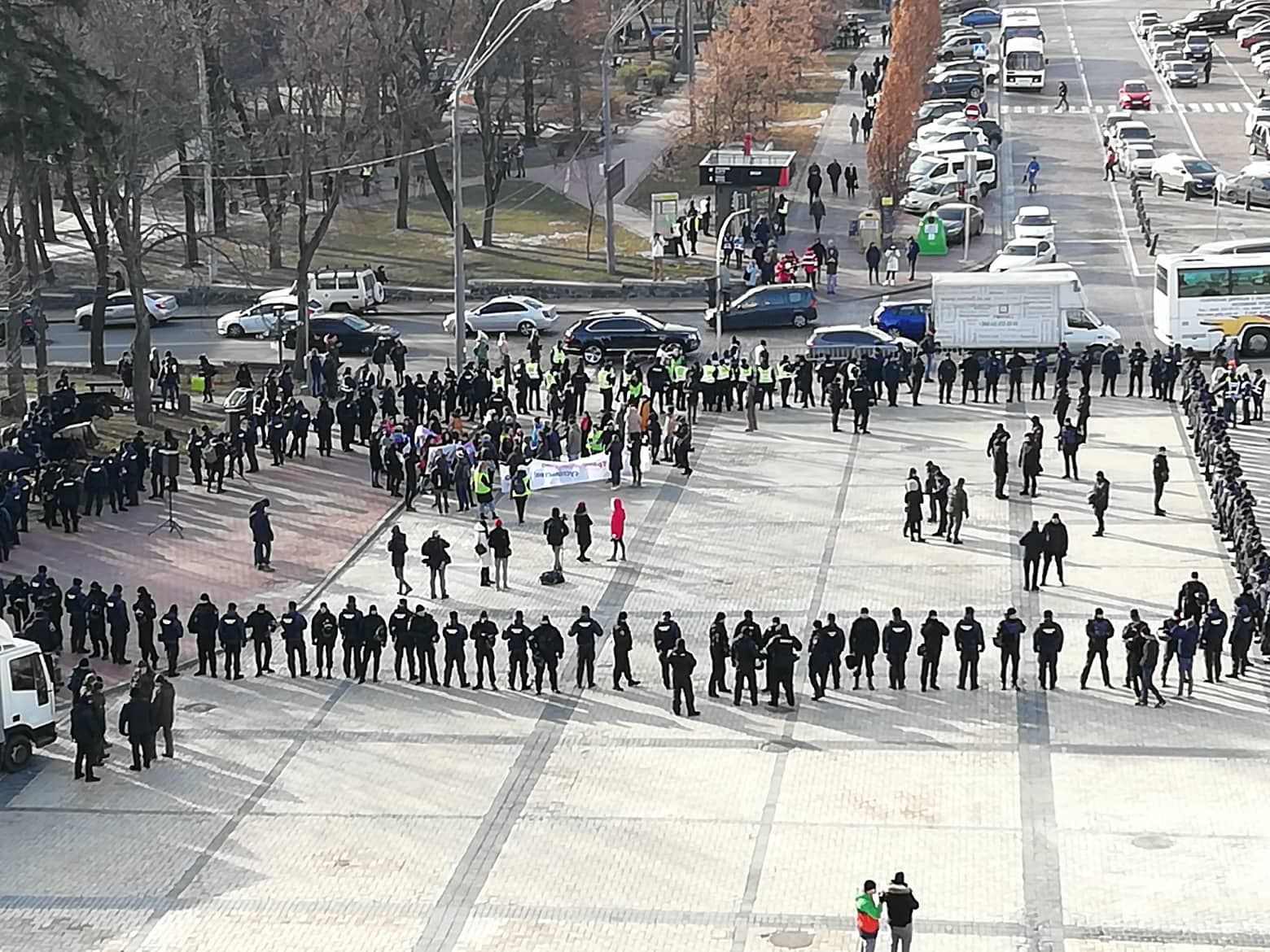 What happened at Trans March 2018?

In 2018, transgender rights activists in Ukraine’s capital city, Kiev, posted on Facebook about their plans to hold a transgender rights march on 18 November. In response, several violent groups – known for advocating for discrimination and targeting LGBTI people – publicly promised to disrupt the event and invited their supporters to join them.

The open threat of violence forced organisers to change the location of the rally. At around 10:30 am on 18 November, Amnesty International members witnessed dozens of individuals – some masked and many wearing the logos of the violent groups that had issued the threats – assemble at the new location of the trans-rights rally.

They were carrying transphobic placards and holding prayers. At about 11:30 am, 30 minutes before the rally, police told the organisers that they would not be able to guarantee the safety of the event and insisted that the rally be moved to the Universytet metro station nearby.

At noon, around 30 transgender rights activists assembled in front of the designated metro station. They were then surrounded by police in riot gear. Shortly after, violent counter-protesters began throwing smoke grenades at the rally from the opposite side of the street. The police did not stop them from throwing the smoke grenades and did not detain any of the people throwing them.

Instances of abuse include; throwing smoke grenades, shouting homophobic abuse and threats, and in some instances resorting to direct physical violence against participants and at least one journalist.

Several minutes later, a group of about a dozen counter-protesters aggressively approached the rally, positioning themselves around the transgender rights activists. After that, the police stopped the peaceful assembly, surrounded the participants and forced them to go inside the metro station, effectively putting an end to the rally. The counter-protesters then took the trans-rights advocates’ place in front of the station, unfurled their banners and flags, and made transphobic speeches.

The police made no visible effort to stop the counter-protesters and allowed them to continue their rally on the very spot in which they had forced the trans-rights activists to leave.

Later the same day, the National Police of Kiev’s press service announced that police had prevented a “provocation” from far-right groups against transgender rights activists, but made no mention of whether anyone had been detained in connection with the incident.