Azimjan Askarov, a human rights defender and an artist, died on 25 July in prison in Kyrgyzstan after showing symptoms of COVID-19. Azimjan Askarov spent ten years jailed on fabricated charges in retaliation for his human rights work. 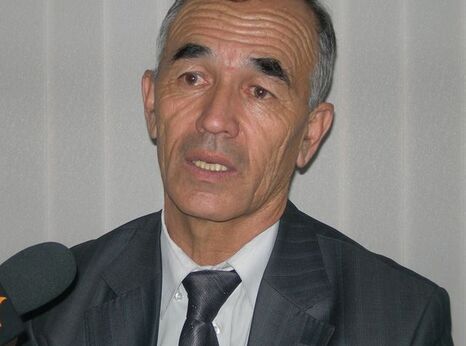 Azimjan Askarov, a human rights defender and an artist, died on 25 July in prison in Kyrgyzstan after showing symptoms of COVID-19. Azimjan Askarov spent ten years jailed on fabricated charges in retaliation for his human rights work.

Azimjan Askarov died on 25 July in prison in Kyrgyzstan after showing symptoms of Covid-19.

HEALTH OF PRISONER OF CONSCIENCE AT RISK

Health of prisoner of conscience at risk 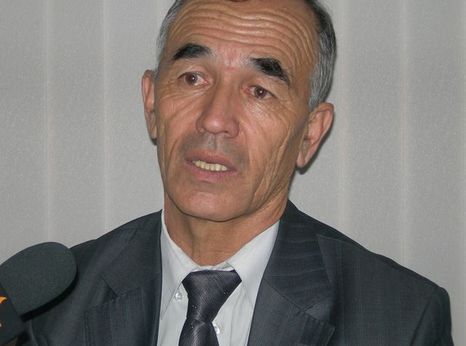 The prosecution and conviction of Kyrgyzstani human rights defender Azimjan Askarov, an ethnic Uzbek, followed ethnic clashes between ethnic Kyrgyz and Uzbeks in southern Kyrgyzstan in 2010, which resulted in the deaths of 470 people. During these events, Azimjan Askrarov was documenting human rights violations. The criminal proceedings against him that followed targeted him for his human rights work. In a report published in December 2010 (see here: https://www.amnesty.org/en/documents/EUR58/022/2010/en/) Amnesty International noted that the disproportionate number of Uzbeks facing charges relative to Kyrgyz was striking. This was particularly surprising as the majority of victims of crimes committed during the June violence were ethnic Uzbeks.

The trial of Azimjan Askarov and his seven co-defendants accused of the murder of an ethnic Kyrgyz police officer during violence in Bazar-Korgan exposed the failure of the authorities to guarantee fair trial rights in line with Kyrgyzstan’s international human rights commitments. The trial took place between 2 and 15 September 2010 in Nooken and was marred by repeated acts of violence against Azimjan Askarov’s family and his lawyers, both inside and outside the courtroom. Reportedly, court officials and the judge, only sporadically intervened to stop the violence and restore order.

Reports of torture or other ill-treatment in the aftermath of the June 2010 violence were widespread. Suspects were beaten by law enforcement officers in the street during apprehension, during transfer to detention centres, during initial interrogation, or in pre-charge detention facilities. Azimjan Askarov alleged that he was subjected to torture and other ill-treatment in police custody in Bazar-Korgan and Jalal-Abad shortly after his arrest. His allegations of torture, and those of others, have never been effectively investigated.

In September 2010, Azimjan Askarov was convicted and sentenced to life in prison. He was found guilty of participating in mass disturbances, inciting ethnic hatred, and complicity in the murder of a police officer who had been killed during the unrest. Azimjan Askarov’s credible allegations that he was tortured in pre-trial detention have never been properly investigated.

The United Nations Human Rights Committee concluded in March 2016 that Azimjan Askarov had been arbitrarily detained, held in inhumane conditions, tortured and otherwise ill-treated without redress, and was not given a fair trial. The Committee called on Kyrgyzstan to take appropriate steps to immediately release Azimjan Askarov and quash his conviction. Although the decision prompted a judicial review of his case in January 2017, the court upheld the verdict.

The European Union External Action Service called on Kyrgyzstan to “fully implement” the Committee’s ruling in an April 2016 statement. More recently, in January 2019, the European Parliament adopted a resolution on the EU-Kyrgyzstan comprehensive agreement calling for Azimjan Askarov’s immediate release and full rehabilitation, and for Kyrgyzstan to quash his conviction and provide him with reparation. These calls have been consistently ignored by Kyrgyzstan.

We currently have an EXHIBITION AT HILLHEAD LIBRARY (until 28th July), consisting of beautiful photography accompanied by the courageous stories of families in Central Eur

Failure to deliver justice for the killing, rape and torture of civilians could lead to further clashes in Kyrgyzstan, Amnesty International warned today (8 June) ahead of the first anniversary of the violence that shook southern parts of Kyrgyzstan. Four days of violent clashes between ethnic Kyrgyz and ethnic Uzbeks in the Osh and Jalal-Abad areas between 10-14 June last year left about 470 people dead, thousands injured and hundreds of thousands displaced. According to local observers, around three-quarters (74%) of those killed were Uzbek and a quarter Kyrgyz. Satellite imagery showed that

The Kyrgyzstani authorities are failing to provide justice for the thousands of victims of human rights abuses during four days of violent ethnic clashes which tore through southern Kyrgyzstan in June 2010, Amnesty International said in a report published today (16 December). The 53-page report, Partial Truth and Selective Justice , examines efforts in Kyrgyzstan to establish the truth about what happened during four days that saw large-scale arson, looting and violent attacks - including killings and sexual violence - sweep through southern Kyrgyzstan, disproportionally affecting majority

Kyrgyzstans SOS to the world

If in Britain we’d recently had major unrest with hundreds – possibly thousands – of people killed in apparently ethnically-motivated bloodletting, I don’t think we’d have conducted a polite referendum on the constitution within a...

Amnesty International is calling on all countries neighbouring Kyrgyzstan to open their borders to thousands of people desperately seeking refuge from the violence that has engulfed the southern part of the country in the last five days. The violence in and around the southern cities of Osh and Jalal-Abad and towns and villages in the region with large Uzbek populations has claimed the lives of hundreds of people and left thousands injured. Amnesty has received reports that armed young men continue to roam the streets, setting houses on fire, beating, shooting and killing people they believe

Kyrgyzstan: Government must protect its population

Amnesty International has urged the Kyrgyzstani interim government and local authorities to ensure protection for all Kyrgyzstani citizens and in particular those of Uzbek origin who have been targeted during the violence in the southern part of the country. This appeal was issued as violence escalated in the southern city of Osh and the surrounding area. Amnesty International Central Asia expert Maisy Weicherding said: “Kyrgyzstani law enforcement is failing to effectively provide security to its population, in particular to the Uzbek community. “Immediate action is needed to prevent a