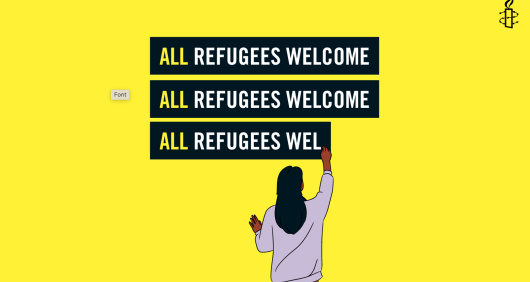 The UK is breaking its agreement to play its part in protecting refugees. This will have dreadful consequences both in the UK and further afield.

The nature of an agreement

A basic condition for any agreement is the idea that the parties to it agree to abide by what they have agreed. It cannot be for one of them to simply choose for itself to rewrite the agreement.

That works for people, corporate bodies and countries.

However, it no longer seems to work for the UK. Certainly not as regards the UK’s agreement around 70 years ago to abide by the Refugee Convention – an international agreement the UK made with others and was one of the very first to formally adopt.

Breaking with the Refugee Convention

The Convention defines who is a refugee and sets out the rights of refugees.

On 28 June 2022, key parts of the Nationality and Borders Act 2022 – which the Government forced through in the last parliamentary session – take effect to rewrite how the UK intends to apply the Convention.

This rewriting affects both the definition of who is a refugee and the rights the UK will recognise a refugee to have.

In short, the UK will no longer treat all refugees equally or in accordance with their full rights under the Convention.

Some refugees will no longer be recognised in the UK as refugees at all. UK law will adopt its own narrow definition of who is a refugee by applying its own severely-restricted and wrong ‘interpretations’ of the definition the Convention actually provides.

Other refugees will no longer be afforded their full rights, even though the UK may recognise them to be refugees.

This is thoroughly bad for refugees in the UK and elsewhere.

Breaking with the Convention will directly harm refugees in this country. But it also sets a dangerous example for other countries and so risks undermining protection of refugees everywhere.

Narrowing the definition of who the UK regards as a refugee, will make many people seeking asylum unable to prove they are refugees even though they are.

Refugees affected by this will have their rights denied to them because the UK refuses even to acknowledge they have the status of being a refugee, which entitles them to these rights.

UK law will also arbitrarily discriminate between the refugees whose status the UK continues to recognise. It will do so in ways the Convention does not permit.

Many refugees are to be denied their right to safely rebuild their lives in the UK. Among the ways this is to be done are by requiring refugees to repeatedly reapply for permission to stay, refusing to allow refugees access to public funds if they cannot support themselves and denying refugees rights to be reunited with family.

This is on top of severe backlogs in the asylum system, which have been created and made worse by the Home Secretary’s decision to delay starting the process of deciding people’s claims.

All of this will make thousands of people’s lives in the UK highly uncertain and distressing – even though the people affected are entitled to safety and security here, and many are already struggling with the traumas of past abuses and separation from family.

Bad for the UK asylum system

As well as harming refugees, none of this can do any good for the UK asylum system. It is going to make many more people dependent on that system for very much longer.

Delaying the point at which someone seeking asylum is admitted into the process to decide their claim will extend the period some people must rely on financial and housing support from the Home Office.

Refusing to recognise some people as refugees will also extend this period of dependence on the Home Office. It will not be safe for a refugee to return to their home country so the person will be unable to leave. But they will also be excluded from any other means to support themselves.

Increasing the number of applications a refugee must keep making to continue their stay in the UK will also greatly increase the workload of the Home Office. It will have to make many more decisions on the same person’s claim.

And by refusing to recognise refugees as having that status, the Home Office will arbitrarily expand the number of people it is responsible for trying to return to their countries of nationality. Even if – which must be hoped – it proves unable to send people back to the persecution they have fled, it will be unnecessarily spending its time and resources trying to do so.

All of this will require even more legal challenges against the Home Office to try and correct or at least mitigate the many harms that are being done.

Today is the fulfilment of our Government’s plan to break our country’s agreement to abide by the Refugee Convention – ripping up years of commitment to the rights of refugees and to international law.

If other countries are encouraged to follow this lead, the consequences will be even more calamitous than the damage the Government is doing to people on UK soil.