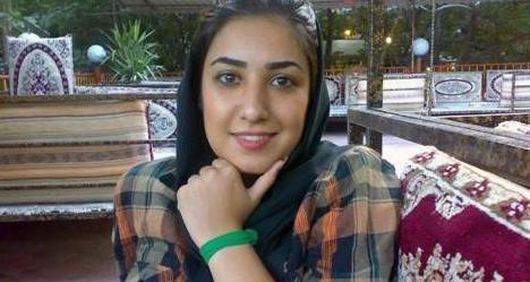 Atena Farghadani is a 29-year-old artist is in prison for her art and peaceful activism. She was found guilty of charges including 'insulting members of parliament through paintings. Since being imprisoned she has also faced further charges, her male lawyer visited her in prison and she shook his hand. Guards arrested him and it is believed that she is now facing charges of ’illicit sexual relations falling short of adultery’’. Recently, as a result of this charge, the Iranian authorities have forced her to undergo a ‘virginity and pregnancy test’.

In a note written by Atena Farghadani leaked from prison, which has been seen by Amnesty International, she says the judicial authorities took her to a medical center outside the prison on 12 August 2015 and forced her to submit to the tests, purportedly with the purpose of investigating the charge against her.

Coerced “virginity testing” is internationally recognised as a form of violence and discrimination against women and girls. It also violates the absolute prohibition of torture, and cruel, inhuman and degrading treatment under international law, including article 7 of the International Covenant on Civil and Political Rights (ICCPR), which Iran has ratified.

Atena has also complained that prison officials and guards have made lewd gestures, sexual slurs and other insults to her. She went on a three-day “dry” hunger strike in September 2015 in protest at this ill-treatment; however the harassment has continued.