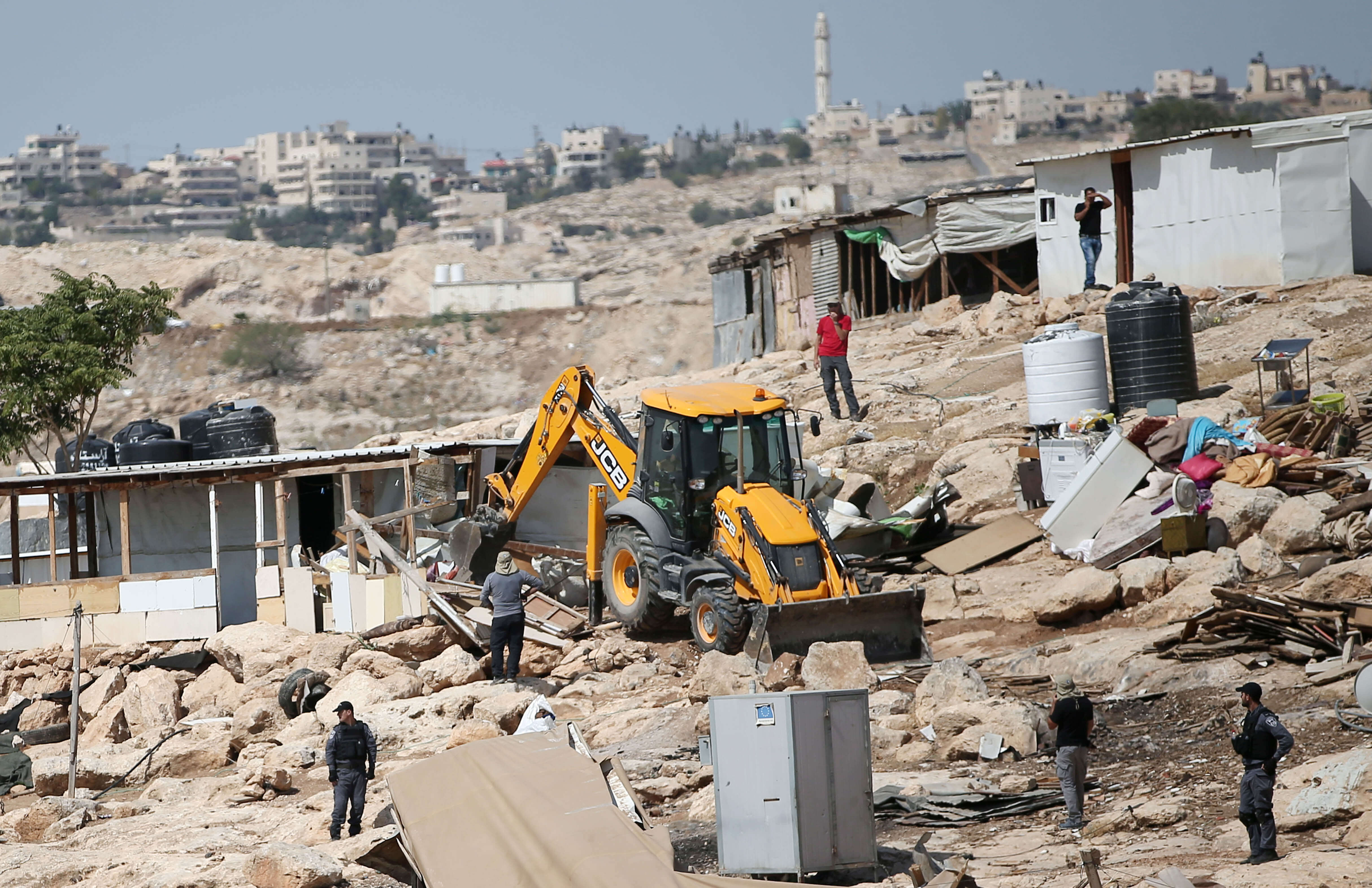 Israeli police secure a bulldozer demolishing structures at the Bedouin village of Abu Nuwar, near Abu Dis, east of Jerusalem in the occupied West Bank on July 4, 2018. Israel carried out a series of demolitions Wednesday on what it described as illegally built structures.(Photo credit: APA Images/Shutterstock)

For many years JCB’s machinery has been used by the Israeli authorities to demolish Palestinian homes and construct illegal Israeli settlements on the seized Palestinian land. This report shows that JCB has not taken adequate steps within the company’s means to prevent its machinery from being used for these purposes, a failure that puts the firm in breach of its responsibilities under international human rights standards. The report draws on extensive interviews with organisations that have witnessed human rights violations and with senior compliance and risk-management practitioners from well-known companies, as well as open-source research techniques.