Book and Activities: The Sleeper and the Spindle 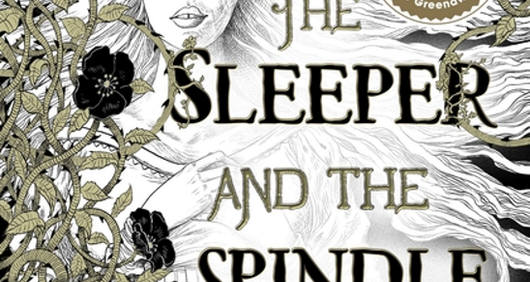 This book is a darker twist on classic fairy tales and explores the human rights values of justice, equality and solidarity. Claiming her right to equality and to determine her own future, the Queen postpones her wedding to deal with a threat to the neighbouring kingdom; she stands up to a powerful witch in a bid to protect people’s right to life and to live freely.

There are no Prince Charmings or knights in shining armour here. Instead the Queen does the rescuing! The villain, the victim and the hero are all women – a reminder that women can step outside their perceived ‘roles’. This is clear when the Queen is the one to kiss the sleeping princess – who is revealed to be the witch.

There are human rights that are routinely denied to an individual simply because she’s been born a girl. These include being denied the same schooling and education as her male equivalents, and being forced to marry, suffering physical or mental harm. All over the world, women like the Queen defend their own rights and those of family members, communities or countries, often at great personal risk. They are powerful, brave, intelligent, independent – and more important than ever. So too is Amnesty International’s role in helping to protect them from the dangers they face.