Zambia: Anglo American must be held to account for industrial scale lead poisoning in Kabwe 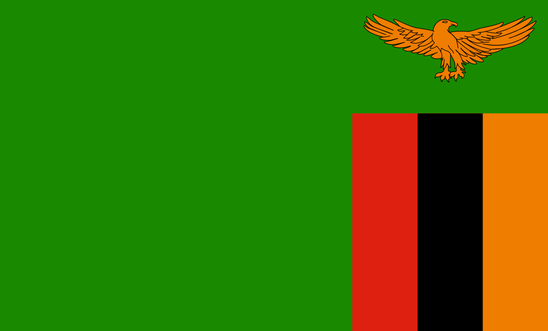 Amnesty International and other rights organisations have urged major investors in Anglo American to hold the global mining giant to account for the poisoning of residents in Kabwe, Zambia.

A group of African and British rights organisations have sent a letter to 10 of Anglo American’s leading investors including BlackRock, Fidelity, JP Morgan, Standard Life Aberdeen and Old Mutual. Anglo American is due to release its annual results on Thursday, 25 February.

Kabwe, a mining town in northern Zambia, was managed by the Anglo American group of companies between 1925 and 1974, when the majority of the lead poisoning was caused.

Evidence has revealed that Anglo American was aware of the lead poisoning.

The residents have some of the highest lead levels in the world and health studies in Kabwe have recorded the alarmingly high blood lead levels in children aged 5 years and younger.

Dr A.R.L Clark, a doctor on the Kabwe mine, found that between 1971 and 1974 blood lead levels of children were highly elevated across communities near the mine.

The US Center for Disease Control and Prevention recommends a blood lead level of 5 µg/dl (micrograms per decilitre) or lower, yet in Kabwe thousands of children have levels above 45µg/dl), with some above 100µg/dl.

Low levels of exposure can lead to reduced IQ, behavioural problems, hearing impairment, while high levels can be fatal. Lead poisoning also affects pregnancy and can impair the development of the developing foetus.

Anglo America says it has high economic, social and governance (ESG) standards across its operations.

In an address at the 2021 Mining Indaba in South Africa in early February, Mark Cutifani, the CEO of Anglo American, said “humanity” was a key word for the company and that “people look to Anglo for leadership and assurances that a company can put operations aside and focus on what is good for the community.”

Anglo American’s failure to act on the toxic legacy at Kabwe stands in sharp contrast to such statements. This portrayal does not reflect the true role of Anglo in Kabwe’s public health disaster, according to human rights organisations that have been lobbying investors.

In October 2020, a group of Zambia women and children filed a class action lawsuit against Anglo American’s subsidiary in South Africa for alleged mass lead poisoning.

In response to the class action suit, Anglo American said it is “not responsible for the current situation” and “was not the majority owner of the mine.”

In their public letter, the rights groups reminded investors that in similar circumstances, the UK Supreme Court found in landmark cases in 2019 and more recently in a case against Royal Dutch Shell in 2021 that companies can be held liable for such harms.

“There is an urgent need to clean up the toxic lead legacy in Kabwe, and to provide justice and remedy.

“Alleviating the ongoing suffering of Kabwe’s children, and its future generations, requires Anglo American’s leadership and engagement, not its evasion and obstruction.”

“The horrendous ongoing consequences of mining for Kabwe’s children should convince Anglo American that its human rights policies can only protect the company’s reputation if they implement them properly.

“Investors should take heed of the growing number of litigation cases against companies relating to the impacts of their operations decades ago.

“The Supreme Court’s judgement against UK mining company Vedanta, has opened up the UK courts to claimants who cannot access justice in their own country.”